As per Robert Temple’s ‘The Sirius Mystery’, the Dogon describe their Sirian Gods as Amphibious / Humanoid Beings who brought them knowledge and wisdom about other stars and celestial bodies and that are in some way deeply connected with our own growth and evolution here on Earth. They called them ‘The Nommos’.

Gene mixtures and DNA, interdigital membrane. The one that unites the fingers in different animals, especially amphibians, birds and some mammals. It corresponds to a functional adaptation to aquatic life 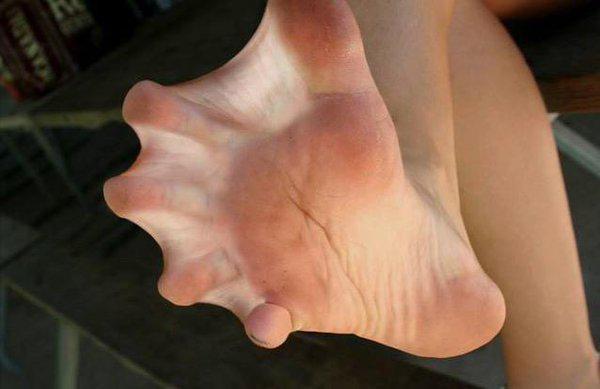 The Nommos are usually described as amphibious, hermaphroditic, fish-like creatures. Folk art depictions of the Nommos show creatures with humanoid upper torsos, legs/feet, and a fish-like lower torso and tail. The Nommos are also referred to as “Masters of the Water”, “the Monitors”, and “the Teachers”.

The US Navy has been conducting experiments in the oceans using sonic weapons which have resulted in the beaching of hundreds of whales, dolphins and also some Merpeople. The following documentaries aired on Animal Planet showcase all the findings surrounding this hidden aquatic human civilization.

NOTICE
Please, send us your rxperiences with UFO, aliens and other mysteries on the our web Best articles will be published. You can send us photos and videos of these phenomenones too. Thank you.

Share this…FacebookTwitterVKPinterestLinkedin 4 341 ViewsAccording to various theories planet Earth extraterrestrial beings visiting for a very long time. And even before the first reported cases of UFO sightings in modern history. Proof of their veracity has recently found a coin? https://www.youtube.com/watch?v=4KEoxUaZkR8 Whether they are genuine coin or a hoax or misplaced joke, to confirm the expertise […]

Share this…FacebookTwitterVKPinterestLinkedin 7 962 ViewsThis I filmed on the Moon. What can it be? I was filming Moon and this shape I found on the surface.It looks like a spaceship or is it only mountain or something else? What do you think It can be? I watched my old records and … Year ago when I […]

Share this…FacebookTwitterVKPinterestLinkedin 10 574 ViewsEvery year he attracts hundreds of visitors and anxious photographers who climb the Magellan Hills in Central Java to capture the giant chicken. According to his eccentric creator, the magnificent building was not meant for a church and its original shape was not a chicken. 67-year-old Daniel Alamsjah, was working in Jakarta […]