When the sky almost appears black because of a massive flock of birds, many would fear an impending natural disaster or think it was a sign of the apocalypse. 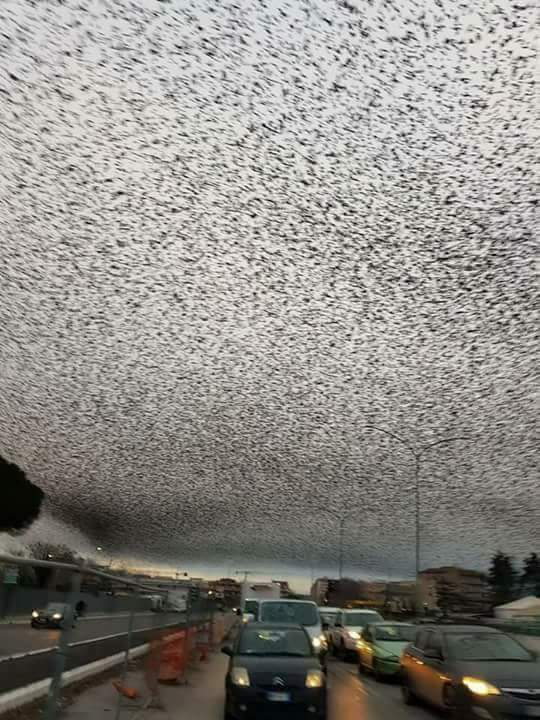 And it follows the abnormal behavior of the birds, Now in Houston, Thousands of birds invade a gas station

And it follows the abnormal behavior of the birds, Now in Houston, Thousands of birds invade a gas station

The bizarre sight becomes downright haunting when the driver rolls down his window and one can hear the eerie sound of so many birds gathered together.

Secret Nazi Experiments. German advanced technologies and research were miles away from the rest of the world.

Share this…FacebookTwitterVKPinterestLinkedin 66 461 ViewsWhen the defeat of Nazi Germany was almost certain, the US Army began to discover secret underground laboratories and factories throughout the territories. Missile systems, new cannons, jet planes, an atomic bomb, this is just a fraction of what has come to the surface. German advanced technologies and research were miles away […]

Share this…FacebookTwitterVKPinterestLinkedin 7 973 ViewsMAN RACECOULD IT BE THAT THE HIEROGLYPHS LEFT BEHIND BY THIS MYSTERIOUS CULTURE DETAILED A HISTORY OF VISITORS FROM ANOTHER PLANET? AND THE STORY OF AN ADVANCED ALIEN RACE ASSISTING PEOPLE ON EARTH, THOUSANDS OF YEARS AGO? IF THIS IS TRUE, THIS COULD ABSOLUTELY CHANGE AND ALTER EVERYTHING WE BELIEVE ABOUT THE […]

Share this…FacebookTwitterVKPinterestLinkedin 7 142 Views Something hit the Moon? You are probably aware of this question today, but many on YouTube say they had a video about the Moon that was hit by something and that the video disappeared during the blackout. Is there any truth in that? Also, look at this, your web page to […]