German armored train full of gold hidden by the Nazis in Poland !
Local officials and a treasure hunter appeared on national TV to shed more light on the search for Nazi gold in the hills of Lower Silesia, Poland. 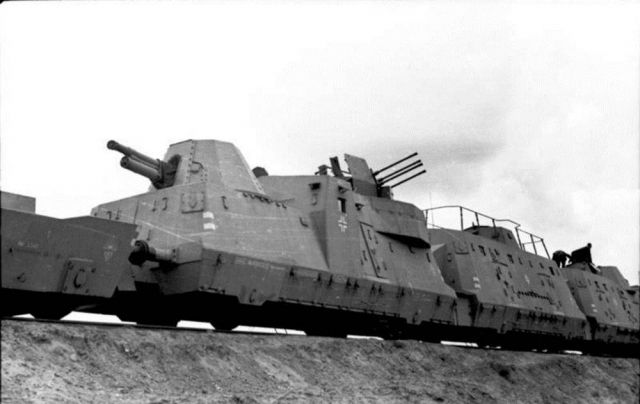 Treasure hunter Krzyszof Szpakowski gave a presentation to reporters which included maps, diagrams and radar imaging that suggested that a secret underground network of tunnels had been found. 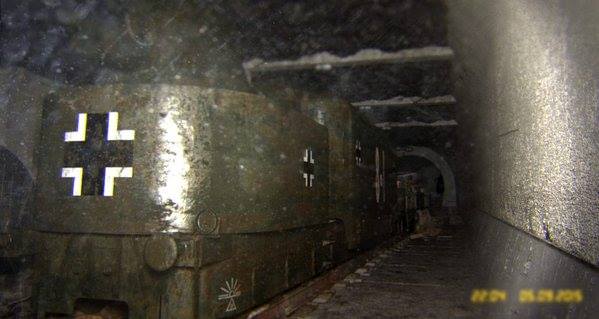 These tunnels supposedly form part of the Riese Project (riese meaning “giant” in German). This was a construction project in Nazi Germany between 1943 and 1945 which was made using the labor of prisoners of war and prisoners of concentration camps.
Underground galleries, part of Nazi Germany ‘Riese’ construction project are pictured under the Ksiaz castle in the area where the ‘Nazi gold train’ is supposedly hidden underground, 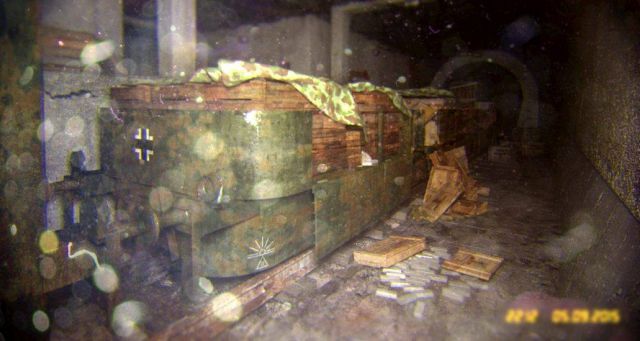 Underground galleries, part of Nazi Germany ‘Riese’ construction project are pictured under the Ksiaz castle in the area where the ‘Nazi gold train’ is supposedly hidden underground,
Szpakowski spoke of two secret railway tunnels near Walim, southwest Poland, which he said would need explosive experts with professional equipment in order to safely gain entrance 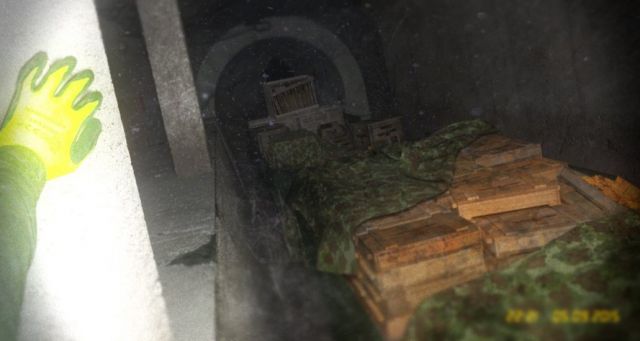 He also suggested that there could be three trains from World War II within these tunnels. However, he was did not disclose any further detail on on whether the Nazi-era vehicles could contain gold.

“I won’t tell you we’ll find a chamber full of amber or that there’s a gold train. All we know well is that three trains left Wroclaw (Poland), two armored and another carrying deposits.” he said at the press conference.
“There’s no doubt that it’s an armored train, but the rest of it is still a load of Chinese whispers,” he added. 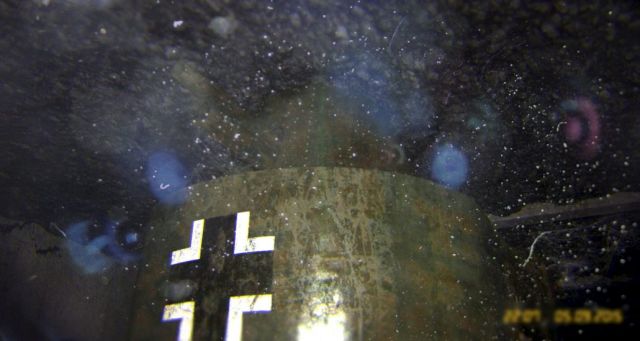 Officials for the Walbrzych District Council, speaking at the same press conference, said they had no doubt that something was down in the structures. They stated that they would work as fast as possible to discover, using radar, the layout and inspect inside these structures.

A cross-section radar image of the tunnel, unveiled at the press conference, showed an object that looked like a barrel or canister.
Several parts of the underground Riese Project have already been found but this latest find comes amid the search for a long-lost Nazi train from World War II in the nearby area. The search has attracted a wave of treasure-hunters and journalists to Poland after two men claimed in mid-August that they knew of the whereabouts of one of these trains.

Unexplainable.! A coyote hangs on local power lines with some kind of prey in its snout

Share this…FacebookTwitterVKPinterestLinkedin 23 970 ViewsA coyote hanging from local power lines with some kind of prey in its mouth. A man found this while he was patrolling an oil and gas pipeline. The coyote was hanging about 30′ of the ground. Coyote on a power line. UFO Sedonia – Texas EUA – USA. Share this…FacebookTwitterVKPinterestLinkedin

Updated VIDEO: The Eclipse of the Moon spread a strange noise and Apocalyptic sound.

Share this…FacebookTwitterVKPinterestLinkedin 3 302 ViewsThe moon is not giving its light, and the powers of the heaven are trembling. Biblical prophecies According to the apocalyptic predictions of the end of the world, many prophecies in the Bible predicted that the moon will become bloody red at the end of the world. For example, Joel 2: 30-31 […]