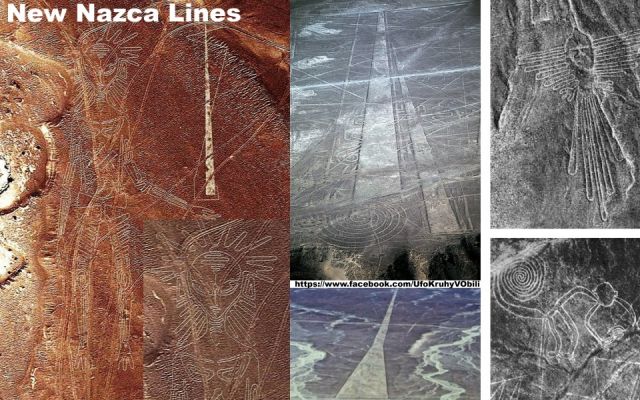 Have you heard about the Nazca Lines, but you don’t know exactly what they are? Here we will try to discover all the mysteries around them.

What are the Nazca Lines?
The Nazca Lines are spread over a surface of 350 km2 between the 419 and 465 kilometers of the south Pan-American Highway, in the province of Nazca, department of Ica, covering up to four pampas: Palpa, Ingenio, Nazca and Socos.

These figures are drawn on the arid desert floor, and hundreds of figures are more or less complex. You can find lines with human appearance, and some others like animals, plants and other varied geometry.
They have been made by removing the layer of volcanic rock that covers the pampa, leaving just the yellowish color of the surface, which forms the silhouette of the figures. The designs on the gravel of the reddish desert,  were made by lifting the surface of the sand, so that would be seen a yellowish coloration in the ground.
According to Dr. Maria Reiche: “The depth of the lines never exceeds 1 ft. and some of them are simple scratches on the surface, but may still be recognized when the sun is low and the relief is accentuated”. 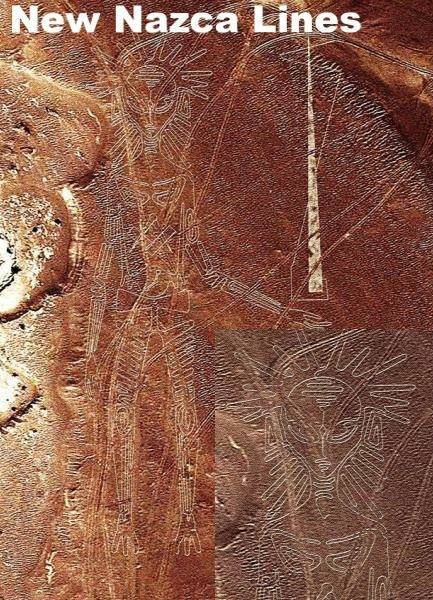 Who made them and when?
The construction of the Nazca lines is attributed to the Nazca culture, which inhabited the region between centuries I and VI AD. The Nazcas had big knowledge of geography, and meteorology, and its legacy includes an impressive collection of polychrome pottery, with figures of human beings, animals and plants.
Paul Kosok, an American anthropologist, determined by using the technique of carbon-14, that the Nazca lines were made in the year 550 AD.
How to see them?
The lines are only visible from the air so, you should take the touristic aircraft that fly over the area. They can also be seen from viewpoints built in the area, but this option offers a limited view of the lines.
How they have been preserved?
In the area there is almost no rain, therefore  the erosion caused by currents of rain water is zero. The geoglyphs are in one of the driest and hottest areas of the earth. The annual rainfall in the Nazca desert does not reach to 1 liter per m2.
The composition of the field has significant quantities of gypsum. The gypsum together with the water from dew, agglomerate and maintain firm herded the stones to the ground, preventing the wind to move or displace stones or settle land lines.
So, why did the Nazcas made the Lines?
There are various hypotheses of the purpose and utility of the Nazca lines; we will discuss the most important:

Nazca Lines: The Monkey
Astronomic Calendar:
According to the German mathematician, Dr. Maria Reiche, the Nazca culture used these lines to mark various moments of an astronomical calendar that allowed them to determine dates and seasons.
While this is the most widespread hypothesis, the astronomer Gerald Hawkins, debilitated it, when he found that only 30% of the lines correspond to an astronomical event. This is a very low number for the hypothesis to be considered conclusive.


Beyond her theory, we, all Peruvians are very grateful to Dr. Maria Reiche (1903-1998) by her work and dedication to the lines. This exceptional woman spent 40 years of her life to the study of the lines and thanks to her, today they are considered World Cultural Heritage by the Unesco. Thank you Maria!
Religious offerings
According to the historian, Maria Rostworoski, the lines would be a religious offering to God Kon. According to legend, Nazca was a rich and fertile region, with so much prosperity that locals stopped to give offerings to their god, who upset and offended punished them, leaving them without water and a few rivers. As a sign of repentance, the town decided to draw pictures on the ground that could be seen by their god, who had the ability to fly.
This hypothesis is based on tradition and so far there is no scientific evidence to support it.
Signals of Underground Water Sources.
According to the hydrologist Stephen and Mabbe the archaeologist Donald Proulx, the Nazca lines could be signs of groundwater sources. They support their hypothesis in at least 5 cases discovered with spatial overlap between the drawings and underground water deposits. In addition, the analysis of the water indicates to be of high quality and suitable for human consumption.
This research is in the process, as it requires greater data to verify a direct relationship between the drawings, the water and its use. 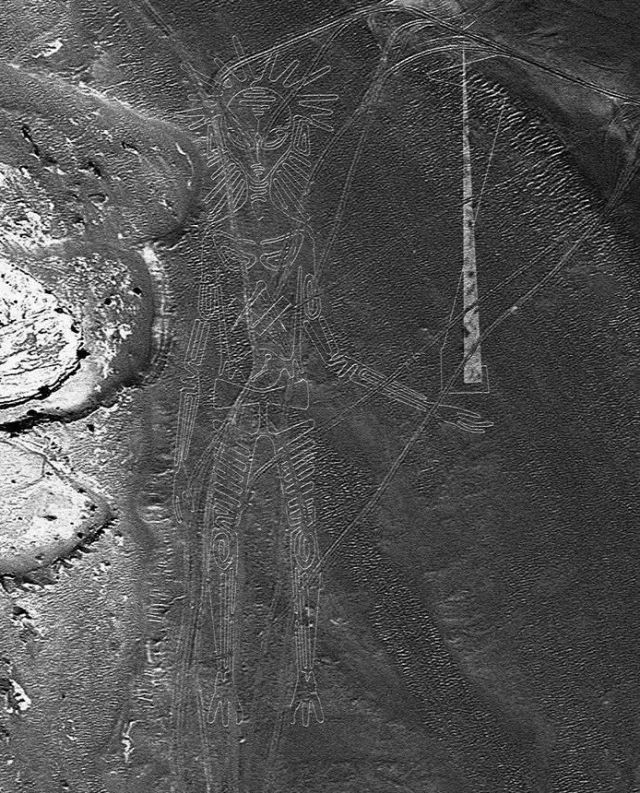 Nazca Lines: The Spider
Signals for Extraterrestrials
According to Erich von daniken, the lines are signals for extraterrestrial and the drawings could be used for the landing of their ships.
No comments…….. Only that attracted many tourists to the area.
Conclusion
Until now, there is no theory that underpins, without a doubt, the purpose of the Nazca Lines, we can only appreciate and enjoy them.
How to get there?
There are 3 airports from where the aircrafts depart to over flight the Nazca Lines.
Nazca.
It is the most common route, as it is the most economical, over flights leave from Maria Reiche Aerodrome, located a few miles from the city of Nazca. There you can find wide range of airlines that offer this service. There are 2 types of over flights: one of 30 min and other of 45 min.
You can get to Nazca:
From Lima: in 7 hours by bus ( 280 mi )
From Arequipa: in 9 hours by bus ( 350 mi )
From Cusco: in 10 hours by bus ( 390 mi )
Ica
This route is offered by one or two airlines, the over flights depart from the airport of Ica. It takes aprox 1 hour 30 minutes.
You can get to Ica from Lima in 6 hours by bus ( 200 mi )


Paracas:
At the moment, only one airline offers this service, the over flights depart from the airport of Paracas. It takes aprox 1 hour 40 minutes.
You can get to Paracas from Lima in 4 hours by bus ( 177 mi )
I hope you liked this post, if you would like to visit the Nazca Lines or if you need help planning your trip to Peru, go our Services Page to learn how we can help you. 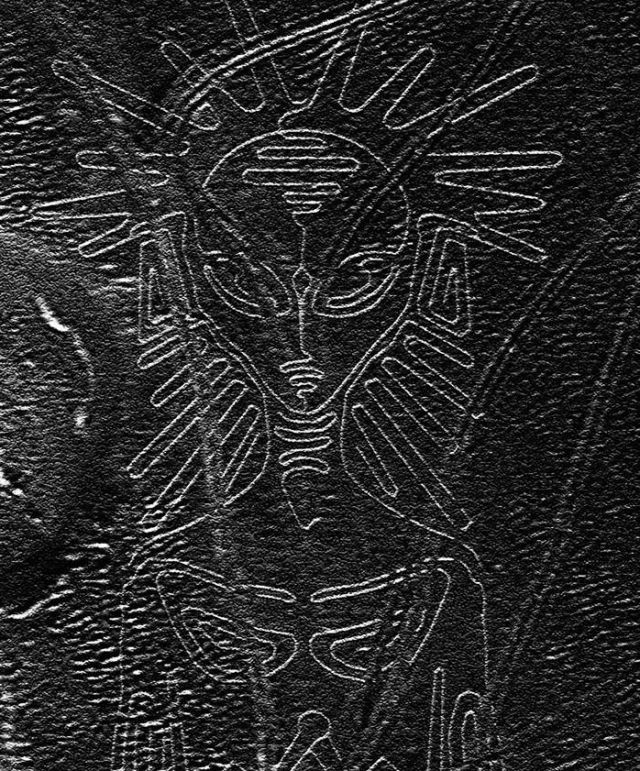 Whole Original Video No.15 from the TOP 15 Scaries Videos Found on the Internet.

Share this…FacebookTwitterVKPinterestLinkedin 10 524 ViewsOf the world it is coming more and more testimonies to the mysterious sound reminiscent murmur. Over the years, hundreds of cases have been ed this phenomenon of strange that science still can not explain.Eerie sound that people describe as a murmur or humkanie. Witness is extremely unpleasant and some people claim […]

Share this…FacebookTwitterVKPinterestLinkedin 11 224 Viewsautor videa:Martin Mikuaš https://www.youtube.com/channel/UCqTsbLs3EHDr7Cw4r8j88QQ/videos?view_as=public Many people still doubt the existence of a flying saucers, but I tell you, just wait until they appear in large quantity. Around the entire planet will demonstrate their ability to fly, their appearance and disappearance. In a way that confuses people into the large extent, that no […]

Photo and Videos: World of mysteries.