ANCIENT MAYAN STATUE HAS CODE
Its a well known fact that Mexico is holding a large amount of Mayan artifacts that are 100% proof that they were made by ancient aliens. This is one of those artifacts. Although the face is a works as a QR code, I doubt the Mayans made it for that. Its probably a mathematical equation to warn about events to come. Oh, and if you didn’t know already, aliens can time travel with their ships. 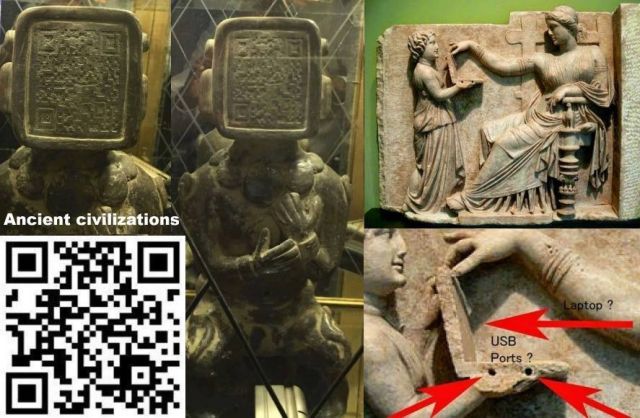 I am still trying to place the statues whereabouts. Where and when it was found, what museum its in, and has the statue been authenticated or carbon dated?

News states:
A photo of a statue with what looks like a QR code for a face has been making the rounds on social media, with some of the more imaginative people suggesting that it’s evidence of ancient aliens.

The “ancient aliens” would also have to be time traveling aliens, as QR codes were only invented in 1994. So the most likely explanation is that it’s a modern statue.

I took a few minutes to transcribe the QR code into machine readable format, and then scanned it. The result was a rather boring Picture. Altech Mexico is just an online retailer of electronic and electrical components. So it’s likely this statue was just part of some museum exhibit sponsored by them – or possibly the artist simply picked a random QR code to use as an example.

There’s been some suggestion that it might be a digital fake, but there’s really nothing in the images to suggest it. And note the two images are different, and taken from different distances and angles. The shadow of the head could be interpreted as being too round – but that seems more like an optical illusion with the curve of the large central stone of the necklace continuing the curve.

Ancient technology may be from other planets … 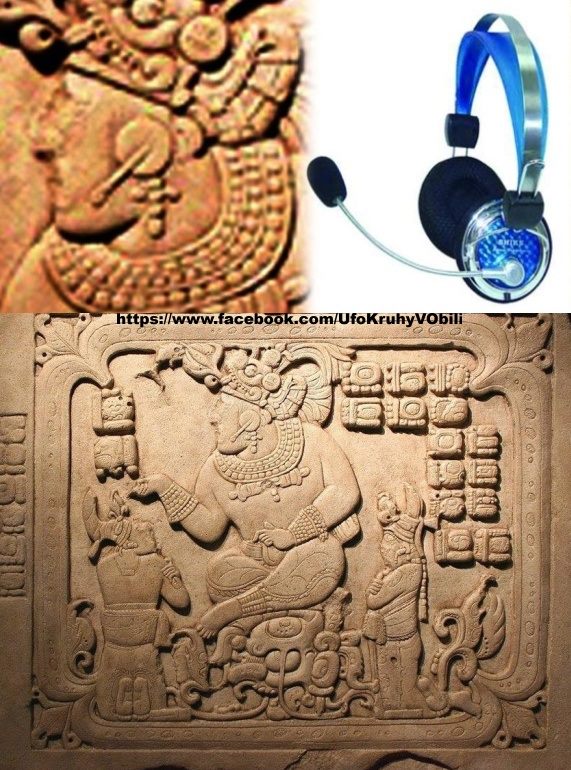 Strange Rays: Scientific Research or the sign of the apocalypse? “NASA Blue Beam,”

Share this…FacebookTwitterVK 5 553 ViewsGREY ALIENS new VIdeo Grey aliens, also referred to as “Alien Greys”, “Greys”, “Grays”, “Roswell Greys”, and “Zeta Reticulans”, are alleged extraterrestrial beings whose existence is promoted in ufological, paranormal, and New Age communities, and who are named for their unique skin color. Forty-three percent of all reported alien encounters in the […]