Tisulsky Princess — Girl in a casket
Age of burial according to the professor is at least 800 million years old! 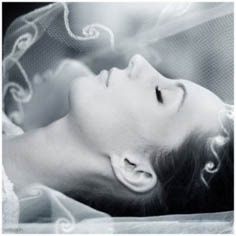 In the near future, russian scientists publish their findings, and that the scientific world will plunge into shock. Age burial, according to the professor, at least 800 million years old! This refutes the Darwinian theory of the origin of man from apes. The woman was buried in the Carboniferous period of the Paleozoic era millions of years before the dinosaurs, long before the formation of the planet coal, when, in the modern view is still the land of a complete plant kingdom.

It happened at the beginning of September 1969 in the village of Rzhavchik Tisulskago region of Kemerovo region. During the stripping work at coal mine in the core dvadtsatimetrovogo coal seam lies at a depth of over 70 meters, two meters, miner Karnaukhov discovered a marble casket of amazingly accurate mechanical manufacture.

At the command area, commander Alexander Alexandrovich Masalygina had all work stopped immediately. The casket was brought to the surface and began to open, peck on the edges of fossilized time putty. Not so much from the blows, but from the effects of solar heat, putty into a clear liquid and flowed. One looking for experiences even tried it on the language (in a week was crazy, and in February froze at the door of his house.) 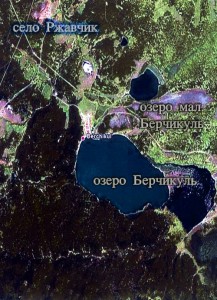 Casket lid was adjusted perfectly accurate. For a more permanent connection inside edge fringed double face pyatnadtsatisantimetrovuyu plugged into the wall thickness. Tisulsky Princess Discovery was a shock to the audience. Casket coffin was filled to the brim with pink — blue crystal clear liquid. By spring stitch, which rests high (about 180 C), a slim, unusual beauty woman — who looked about thirty, with a fine European features and large, wide-open blue eyes. Her Hair was a thick, dark brown with a reddish tint, slightly curled and fell to the her waist. At her sides were soft white hands with short, neatly cropped nails. 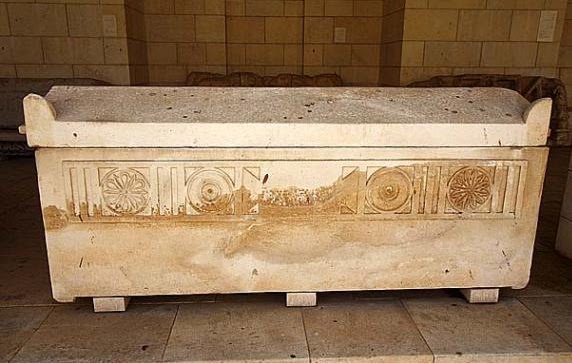 She was dressed in a white lace transparent dress length just below the knee. With short sleeves embroidered with colorful flowers. Underwear was not. It seemed that she is not dead, but sleeping. At the head — a black, rectangular, rounded at one end, metal box (something like a cell phone) of approximately 25 to 10 cm
The coffin was open for all to see about 10 to 15 hours. See the miracle was the whole village. Almost immediately, the finding reported in the district center. Validating the authorities, fire, military, militia. By 14 o’clock in the field of brick-red helicopter landed and took a dozen solid “friends” in mufti, who once said that the place contagious and told the audience away from the sepulcher. Then sealed off the place of discovery and rewrote all who touched the coffin, and even standing near, ostensibly for a medical emergency.
Coffin “friends” dragged, it was in the helicopter, but the burden was too heavy, and decided to make it easier by removing the liquid. After pumping fluid out of the coffin corpse right in front began to blacken. Then the liquid is again filled in, and the blackness was rapidly disappearing. After a minute late on the cheeks blush is played again, and all of the mortal remains of the former acquired lifelike appearance. The coffin was closed and brought in a helicopter to get together with the remnants of the land putty in cellophane bags and ordered the witnesses to disperse. After that, the helicopter soared skyward and headed for Novosibirsk. 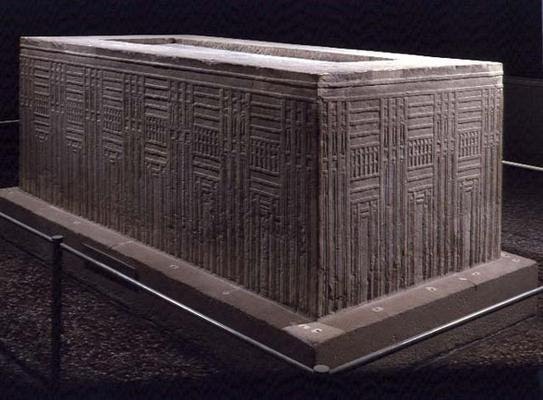 Five days from Novosibirsk to Rzhavchik came elderly professor and read in country club lecture on the preliminary results of a recent laboratory findings. The professor said that this discovery will turn rzhavchikskaya very understanding of history. In the near future, Soviet scientists publish their findings, and that the scientific world will plunge into shock. Age burial, according to the professor, at least 800 million years old! This refutes the Darwinian theory of the origin of man from apes. The woman was buried in the Carboniferous period of the Paleozoic era millions of years before the dinosaurs, long before the formation of the planet coal, when, in the modern view is still the land of a complete plant kingdom.
Originally coffin woman standing in the middle of a wooden vault deep thicket of the forest. Over time, the vault is completely rooted in the ground, collapsed and without oxygen for hundreds of millions of years into a solid layer of coal.
Initially put forward an alien version, but genetic analysis of a woman’s body showed a 100 — percent uniformity of the modern Russian man. Today, we are one to one are the same as were our ancestors 800 million years ago!
The level of civilization to which belonged to a woman, more than all the previously known, including our own, because the nature of the fabric from which made dress “Princess” is not amenable to scientific analysis. Equipment for the production of such material is not invented by mankind. Not managed to identify the composition and pink-blue liquid, identified only some of its constituent components, formed the oldest varieties of onions and garlic. On a metal box professor did not say anything, except that it is being studied. 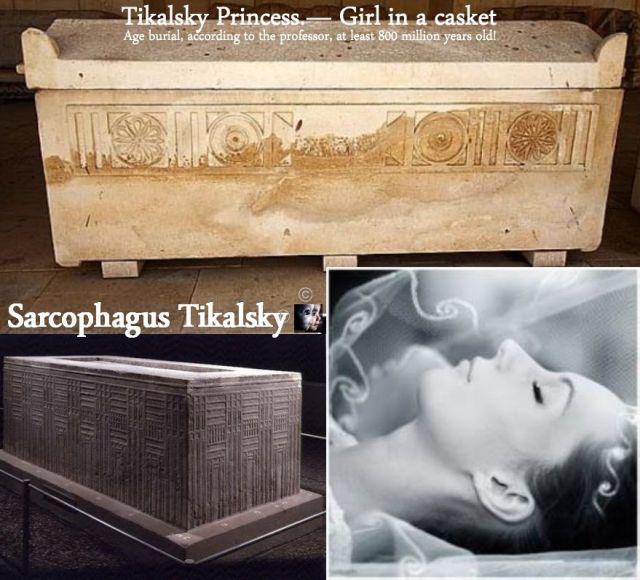 Lecturer left, and after a couple of days in the local newspaper came tisulskoy tiny note that was found near the village of Rzhavchik archaeological relic, which will shed light on the story. Rzhavchane protested so much sensation, and in the newspaper three lines! Indignation subsided itself when Tisulsky area was suddenly surrounded by the military, the police went from house to house, removing “seditious” number in the population, and the place where he found the tomb, carefully dug and filled up with earth.
Yet despite the efforts of the authorities of the people in the village were found fighters for truth. One of the characters run around all instances, even wrote a letter to the Central Committee, but died a year (according to the official version — from heart failure). When, in the year one after the other in car crashes killing all six “pioneers” coffin surviving witnesses silenced forever.
In 1973, when, according to the authorities, “all was quiet” on the shores and islands of Lake Berchikul that six kilometers from the place of occurrence of the sarcophagus, all summer to late autumn in secrecy conducted large-scale excavations. Job site was surrounded by soldiers and police. But, as they say, murder will out! One guest workers who participated in the excavation and kept quiet for a long time, went to the shopping area, slightly drunk, and said that the islands discovered an ancient cemetery Stone Age. Share the details they flatly refused, but the village has seen both at the dig site and then flew to “brick” and the helicopter was taking something, and on completion of work on the islands and shores of Berchikulya are hundreds of carefully dug up and buried underground tombs …
The exceptional discovery: the body of King Anunnaki for 12,000 years completely intact 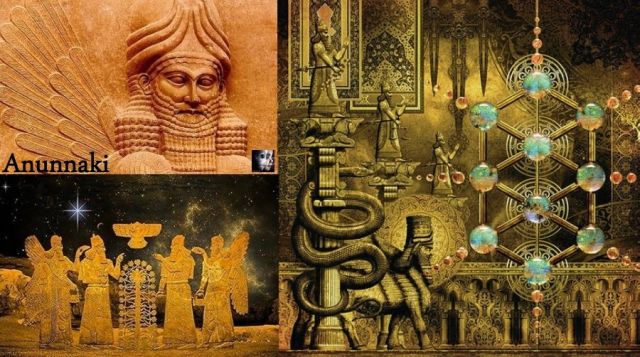 The Mystery of the Strange Briefcase and Two Mysterious Skulls Discovered in the Mountains in Elbrus, Russia in the summer of 2015 – Hunters Warehouse Found Another Suitcase “Ahnenerbe” PART 2

Share this…FacebookTwitterVKPinterestLinkedin 10 267 ViewsIn the summer of 2015 in Elbrus hunters warehouse found another suitcase “Ahnenerbe” from the country of origin of the skull, presumably belonging to the huntsman of the German division “Edelweiss”, a ring and a set of Nazi uniforms. On the ring depicts a profile of a soldier in a mountain caps […]

Share this…FacebookTwitterVKPinterestLinkedin 13 906 ViewsThere are a number of local legends associated with the Baalbek complex. The complex was built by Giants at Nimrods request and was called the ‘Tower of Babel’.? It was built by King Solomon, with Djinns assistance, as a palace for the Queen of Sheba.? Zecharia Sitchin proposed the theory that the […]