VIDEOS: What is Mysterious Planet X? – Daily Mysteries
Share this...

The Swiss astrophysicists Esther Linder and Christoph Mordasini of Bern University, using computer simulations, calculated the upper and lower limits of the physical hypothetical ninth planet that could be far beyond Pluto. 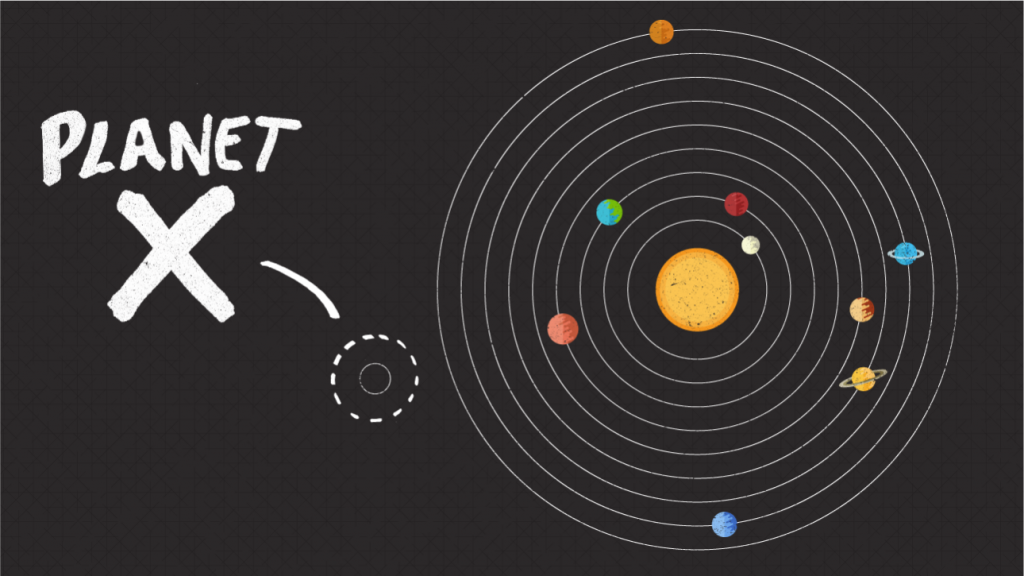 The American astronomers Mike Brown and Konstantin Batygin of the California Institute of Technology have arrived in January with the theory of the massive ninth planet of the Solar System. They analyzed the movement of objects in Kuiper’s belt, which includes Pluto. They noticed that several of these objects, including two larger ones – 90377 Sedna and 2012 VP113, are moving in the same direction.

The best explanation for this arrangement is the presence of a massive planet whose gravity affects the movement of objects in the Kuiper belt. Subsequently, they created a mathematical model that would have required that planet to be approximately ten times larger than Earth.

The dark big planet on the border of our system is becoming more and more real. Astronomers from SETI announced that they had found other indirect evidence of its existence. Will more than one hundred years of speculation on Planet X be confirmed?
Originally from another system?

Linder and Mordasini in their work have calculated that Planet 9 could be a smaller version of the Uranus or Neptune, a cold, gaseous planet made up of hydrogen and helium.

If it were ten times more massive than the Earth, as Brown and Batygin assume, it would average about 7.5 times the Earth. The temperature on its surface was estimated by Swiss scientists at minus 226 degrees Celsius. The Sun should be 700 times away from the Earth, and therefore reflects only very little light.

Most of its radiation would thus have to form heat from its core, suggesting that infrared telescopes might appear. Linder and Mordasini, as well as colleagues from the California Institute of Technology, think that Planet 9 originated from the same dust and gas disc as well as the rest of the Solar System. However, Alexander Mustill of the Lunds universitet has come up with the theory that it may be an exoplanet that originated in another solar system, but later the Sun pulled it by gravity.

A pair of American scientists believe they have found a new, ninth planet of our solar system. Around the Sun, the body is at a distance twenty times larger than Neptune, the last official planet … 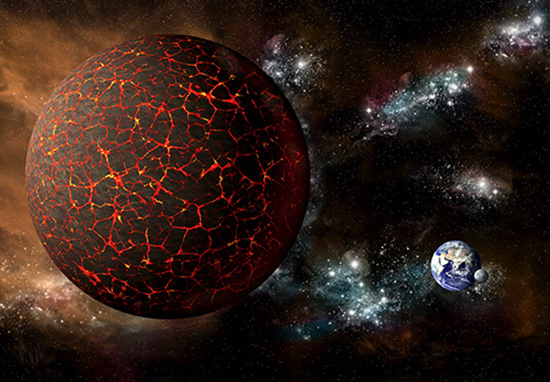 Share this…FacebookTwitterVK 2 433 ViewsSomething very strange is happening in the atmosphere of the planet! I noticed a strange cloud .HAARP,,,???? . Shortly after that, a strange sound came again. Trumpet Sound With frequent observations of these sounds, I noticed that this mysterious sound can be heard before or after the bigger earthquake in the world. […]

Share this…FacebookTwitterVK 4 375 Views“It all comes down to standard physics. An electromagnetic field can create a low pressure area under an aerodyne, or flying saucer. To this can be related the peculiar property of plasma. Plasma’s magnetic field is frozen inside while it expands at unimaginable speeds, producing an electrical current. Using plasma, a belt […]

Share this…FacebookTwitterVK 17 254 ViewsXenolinguistics (also called xenolinguistics and astro linguistics) is the hypothetical (and fictional) study of the language of alien species. The nature and form of such languages remains purely speculative because so far no search for extraterrestrial intelligence projects have detected signs of intelligent life beyond Earth. The possibility of future contact with […]