Why do people believe in the ancient aliens theory?
The ancient astronaut theory is
Ancient aliens is the idea that aliens visited earth in the past. The idea of ancient aliens is not a new one either. Imagination is one of the most powerful tools in humanity’s evolutionary struggle for survival. As a race, we are hardwired to consider important concepts, such as the creation of life on Earth and the history of people on this planet. 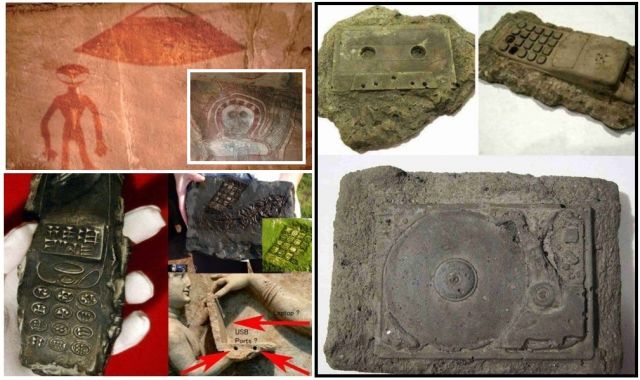 At some point, we are all presented with various explanations and theories regarding the expansion of human life on Earth. In the long history of mankind, the majority of these concepts have followed religious teachings, and the power of a spiritual God or Gods. In modern times, many people have come to challenge these claims. The idea of evolution has been used to describe the gradual change of traits that living organisms undergo over time, which is related to the environment, but it doesn’t explain how the biological cells of human’s first ancestor were spawned.

Because of the fact that everyone is interested in the creation of life on Earth, and concurrently we have been taught to believe in the power of religion and the impossibility of alien life, the idea that this article will be examining is controversial.

It will be based around some concepts that have been labeled absurd by the scientific community, but let your imagination go, and have some fun with the list.

The idea surrounding ancient aliens is a basic one. It states that the human population was influenced by a group of extraterrestrials that visited Earth in the past. The ancient aliens were directly involved in the evolution of primates, including humans. It has been suggested that this was accomplished by way of genetic engineering, cross-breeding, or a combination of both, ultimately helping in the development of human cultures, technologies and religion. The idea first gained widespread exposure with the 1968 publication of Chariots of the Gods by Erich von Däniken, but the concept has been around since the middle of the 19th century. A common variant of the idea includes proposals that deities from most, if not all, religions, including angels and demons, are actually extraterrestrials whose advanced technologies were taken by people as evidence of a divine status.

This concept is related to the religious practice of a cargo cult, which can be seen in modern day pre-industrial tribal societies. Especially during World War II, when indigenous people were contacted by soldiers with advanced equipment, such as guns and tanks.

The cults subsequently attempted to obtain wealth through magic and religious rituals and practices. The ancient alien theory states that extraterrestrials purposely tricked the human population into believing they were Gods, creating religion to help people evolve more efficiently.

The Fermi paradox is the apparent contradiction between high estimates of the probability of the existence of extraterrestrial civilizations and the lack of evidence for, or contact with, such civilizations. It has been proposed that, with the current age of the universe and its vast number of stars, if the Earth was typical, extraterrestrial life should be common. In response to this paradox, the zoo hypothesis has been suggested. It states that aliens generally avoid making their presence known to humanity, or avoid exerting an influence on development, somewhat akin to zookeepers observing animals in a zoo, or experimental scientists observing a study of life.

Adherents of the hypothesis feel that the Earth and humans are being secretly surveyed using equipment located on Earth, or elsewhere in the Solar System. Charles Fort’s unpublished 1915 manuscript, novel X, describes how Martian beings or Martian events control life on Earth.

Fort ultimately burnt the manuscript, but one surviving quote from it is “The Earth is a farm. We are someone else’s property.”

Share this…FacebookTwitterVKPinterestLinkedin 4 958 ViewsInvasions from the Universe ?! There are strange sounds from heaven! No one knows what it is? Scene Like Horror! Haunted sounds that come out of the sky and have no clear origin, Does it sound strange to the cosmic invasion? Everyone will surely equip at least one horror or sci-fi in […]

Share this…FacebookTwitterVKPinterestLinkedin 14 253 ViewsThe mysterious video posted on YouTube shows that a supermassive wall is placed under the ocean, which runs across the planet. In the distant past, UFO fans and conspiracy therapists have found countless unexplained things from Google Earth, from pyramids to mysterious towers, petroglyphs and even sunken cities. Google Earth has unleashed […]