The Bermuda Triangle, also known as the Devil’s Triangle, has been the source of many mysteries going back to the time of Christopher Columbus (1492), who reported seeing “strange dancing lights on the horizon” and made mention in his log of unusual compass bearings in the area.

Some believe that the “dancing lights” were the cooking fires of Taino natives in their canoes or on the beach, and the unusual compass bearings were nothing more than the result of a false reading based on the movement of a star.

The Bermuda TriangleThe disappearance of aircraft and other vessels have frequently been attributed to the paranormal, a suspension of the laws of physics, or activity by alien beings. 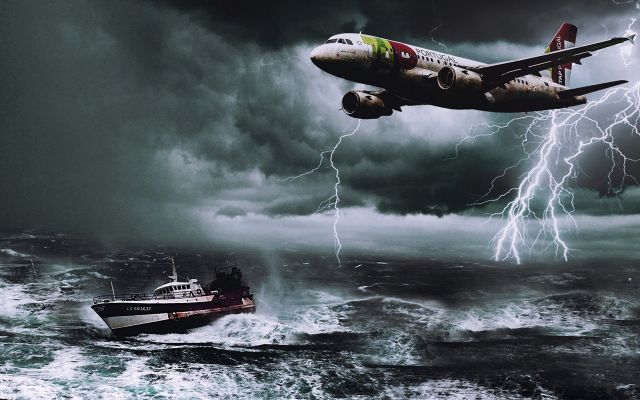 Whilst many of the disappearances remain unexplained, a good deal of the reports have been found to be inaccurate, or “changed” over a period of time. It has also been discovered that such events can be found in almost any other area of ocean.

Let us look at some of the factual information regarding the “Bermuda Triangle”. It is one of the most heavily-sailed shipping lanes in the world, has a very busy flight route for commercial and private aircraft heading towards Florida, the Caribbean and South America from northern destinations, the Gulf Stream passes through the Triangle (with a current of five to six knots) and is subject to sudden storms (like hurricanes). All of these factors could contribute to the mystery.

One scientific test has proven that the presence of vast fields of methane hydrates on the continental shelves could cause the sinking of a ship when the bubbles decrease the density of the water. “It has been hypothesized that periodic methane eruptions may produce regions of frothy water that are no longer capable of providing adequate buoyancy for ships. If this were the case, such an area forming around a ship could cause it to sink very rapidly and without warning.” However, according to reports, no large releases of gas hydrates are believed to have occurred in the Bermuda Triangle for the past 15,000 years.

One of the most famous incidents connected with the Bermuda Triangle appeared in the film Close Encounters of the Third Kind which suggested the crew of Flight 19 were abducted by aliens. In the film the planes mysteriously reappeared (undamaged and in perfect working order) and the crew were returned later when a large UFO landed (showing no signs of ageing).

Although this is one of my favourite films, it is not all that accurate, but it was made to be entertaining and not a scientific documentary.

Flight 19 was a training flight of bombers that went missing on December 5, 1945 while over the Atlantic.

Many were led to believe that Flight 19 encountered unusual phenomena and anomalous compass readings, the weather was clear and the flight was supervised by an experienced pilot (Lt. Charles Carroll Taylor). The Navy also put the “loss” down to “causes or reasons unknown”

In reality Lt. Taylor was not familiar with the area and was actually 50 km off course, and had a history of getting lost, allegedly having done so three times during World War II, and being forced to ditch his planes twice into the water.

The most well known ship that has been connected to the Triangle is the Mary Celeste, but she was actually “abandoned” off the coast of Portugal (1872). There seems to be some confusion over this incident and the sinking of a ship with a similar name, the Mari Celeste, off the coast of Bermuda on September 13, 1864. However, some of the facts about the Mari Celeste sinking are debated and some have said that the Mari Celeste was a “fictional” ship created by Arthur Conan Doyle and based on the Mary Celeste incident.

Although most of the previously unexplainable “Triangle” mysteries have been solved, a few will remain to leave some doubt in our minds, and of course provide material for future films on this intriguing subject. 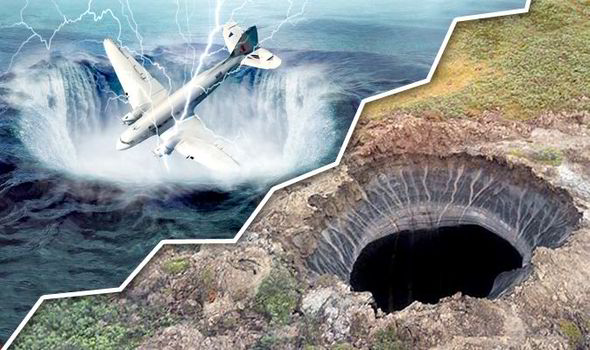 Something very strange is going on in recent years in the atmosphere on the planet
Whether it comes to aliens, changes in the earth’s core or HAARP?
People all around the world take photos of this strange phenomena. Why are they appear and what is the meaning of them? What is going on? Can it affect a human evolution? What do you think about that?
Watch the video and judge for yourself.

Share this…FacebookTwitterVKPinterestLinkedin 12 620 ViewsI noticed a strange light in the field behind the gardenI started to camerate i for a moment, and I looked up and a new light-UFO flashed into the sky. Look at the original video without the Edit What do you think about that? Watch the video and judge for yourself. Share […]

Clay tablets and is called the Anunnaki those who came from the stars!

Share this…FacebookTwitterVKPinterestLinkedin 16 732 ViewsThe Ancient Giants-5-METER HUMAN SKELETON The gigantic hominid specimen that measures an incredible 5.3 meter tall (17 foot and 4 inches) was discovered near the ancient ruins of the only megalithic civilization ever discovered in Australia, which makes the discovery twice as puzzling admits professor Hans Zimmer of the University of Adelaide. […]