Sometimes it happens that a finding at first glance fits into a complex puzzle, and may even serve as evidence that the story is true. So it happened with concrete rings discovered on the coast of the Barents Sea. According to many it is ex-starting devices for Nazi ufo 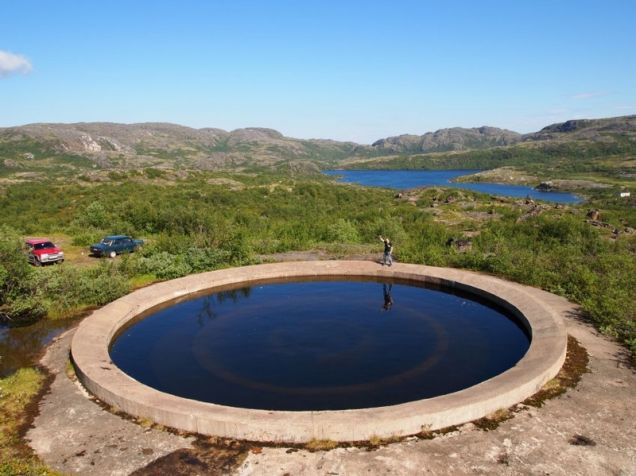 For more than 70 years these places, 170 kilometers to the North of Murmansk, were considered confidential. Nowadays a strict regime of access operates also.
These mysterious objects were built during World War II by the Germans.

They are located near the village of Liinakhamari, in the Pechenga district, close to the Barents Sea. There are different stories about their purpose, one says that it is a platform for artillery guns, but they are aimed back from the Gulf, to where the Soviet warships could appear, another says that they are launching pads for the Wehrmacht’s unknown flying objects. 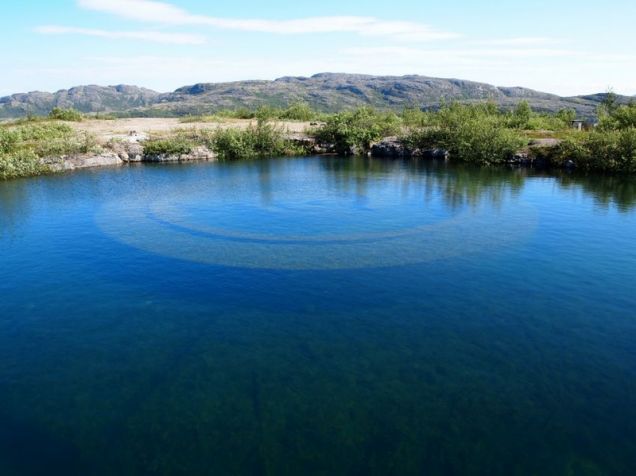 Not only ufologists and conspirators, but also local people swear that the mysterious ring built in Murmansk Nazis who have tested their miraculous weapons.

It has come about primarily known project Dier Glocke, or bell. The machine working on the basis of antigravity, driven by a mysterious substance Xerxum 525, whose existence, although never confirmed, but it was written about him already so many books and filmed so many

documents that simply must exist. At least it sees conspirators. Now circular concrete rings look like they just started from there Die Glocke or more of the entire range of anticipated

Nazi ufo. Proponents of conspiracy theories cheered because they were able to find them by evidence that the Nazi secret projects existed.

Share this…FacebookTwitterVKPinterestLinkedin 1 656 Views“UFO” IS DISCOVERED HIDDEN WITHIN ELECTRICAL STORM. July 21, 2019, Necedah, Wisconsin. Hidden inside a thunderstorm a monumental “UFO” was captured while lightning strikes right in the center of the object, even some seem to come out of it, after a few minutes the UFO disappeared, and lightning stopped … It’s time […]