Hubble photographed city in space, it would be the New Jerusalem? 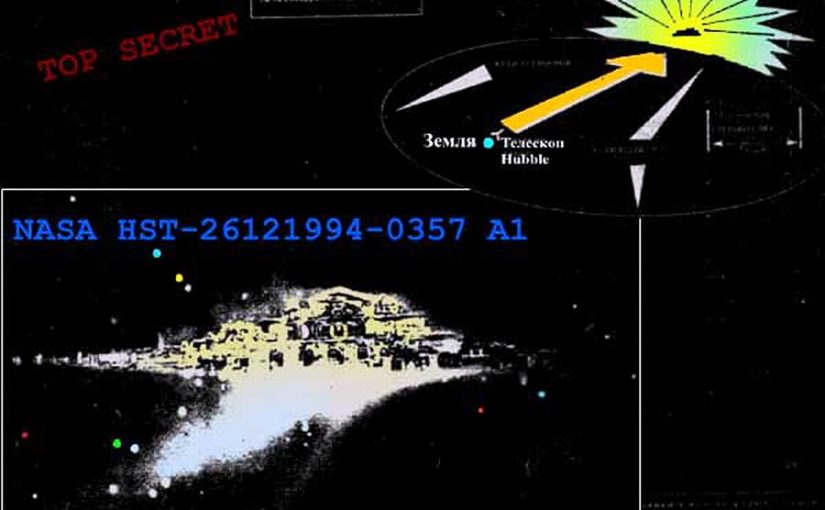 On November 26 and 27, 2019, mysterious lights appeared at dusk in different parts of the world.

Hubble photographed city in space, it would be the New Jerusalem?
In 1994, a researcher smuggled one top-secret photo the Hubble Space Telescope had taken of what is presumed to be Heaven. Weekly World News was the first to print the image and report on Dr. Masson’s findings, but despite the media coverage, NASA refused to acknowledge the existence of the photo. 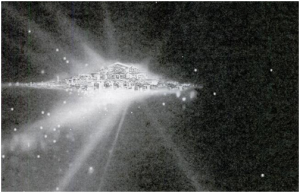 Now that the Hubble has been repaired and NASA is officially releasing some of its new findings, the Weekly World News editorial team believes it is NASA’s responsibility to further investigate this space anomaly!
NASA has yet to respond, but take a look below for our exclusive report on the first photo:
February 8, 1994 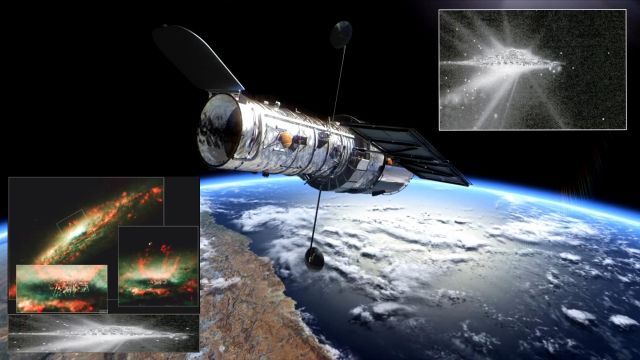 Just days after space shuttle astronauts repaired the Hubble Space Telescope in mid December, the giant lens focused on a star cluster at the edge of the universe – and photographed heaven!

That’s the word from author and researcher Marcia Masson, who quoted highly placed NASA insiders as having said that the telescope beamed hundreds of photos back to the command center at Goddard Space Flight Center in Greenbelt, Md., on December 26.

The pictures clearly show a vast white city floating eerily in the blackness of space. 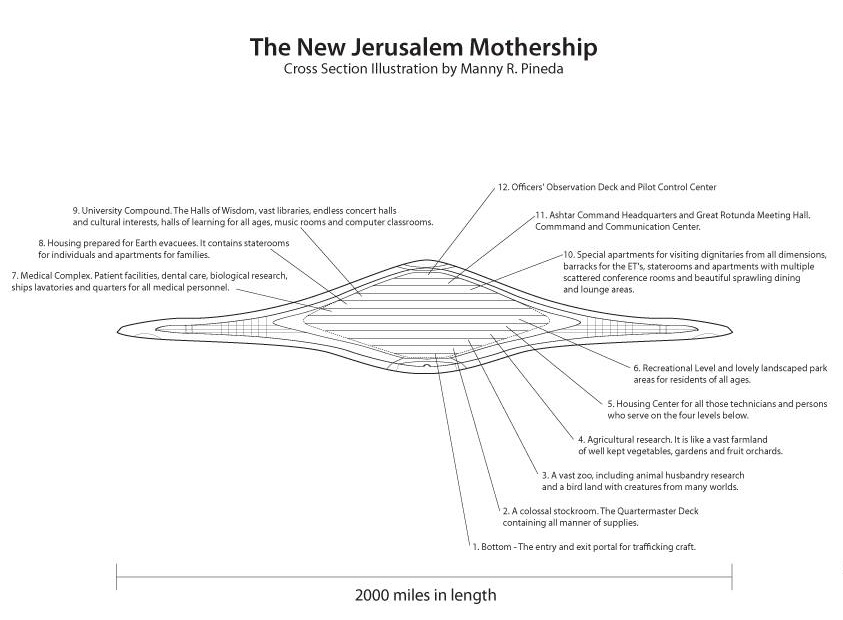 And the expert quoted NASA sources as saying that the city is definitely Heaven “because life as we know it couldn’t possibly exist in icy, airless space.
“This is it – this is the proof we’ve been waiting for,” Dr. Masson told reporters.
“Through an enormous stroke of luck, NASA aimed the Hubble Telescope at precisely the right place at precisely the right time to capture these images on film. I’m not particularly religious, but I don’t doubt that somebody or something influenced the decision to aim the telescope at that particular area of space.
“Was that someone or something God himself? Given the vastness of the universe, and all the places NASA could have targeted for study, that would certainly appear to be the case.”

NASA spokesmen declined to comment on the author’s report “pending further analysis of the photographs received on December 26.” In spite of official silence, agency insiders concede that NASA “has discovered something that might alter the future of all mankind.”
They also confirmed that President Bill Clinton and Vice President Al Gore have taken a keen personal interest in the photographs and have requested daily briefings. Dr. Masson said: “The Hubble Space Telescope was designed to photograph images as far away as the edge of the universe but a lens flaw prevented it from doing so until shuttle astronauts corrected the defect during a recent mission. 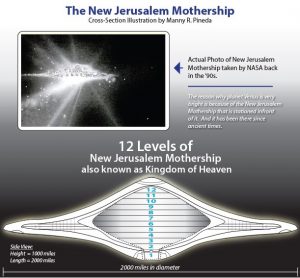 “When they finished their work, the telescope trained its enormous glass eye on the outer reaches of the universe.
“From what I understand, the first images it received were nothing more than kaleidoscopic bursts of color and light.
“As adjustments were made and the focus sharpened, NASA analysts couldn’t believe their eyes.
“After checking and rechecking the data, they concluded that the images were authentic. They also theorized that the city couldn’t possibly be inhabited by life as we know it.

“The only logical explanation was that the city was inhabited by the souls of the dead. As one of my sources put it, ‘We found where God lives.’”
It has been rumored that the space agency has forwarded photographs to Pope John Paul II at his request, but Vatican sources will neither confirm nor deny it.
Dr. Masson, who obtained copies of a single photograph from her NASA sources, says the space agency’s next move “will be most revealing.”
“This is a chance for NASA to come clean with the public and tell us everything it knows,” she said. 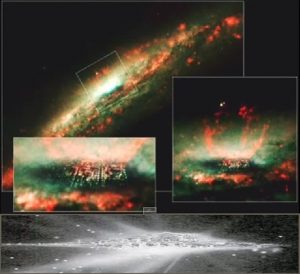 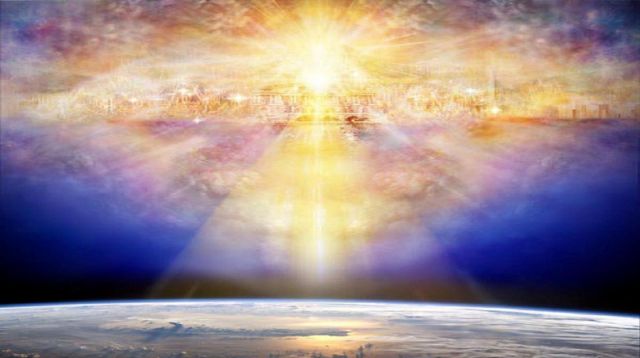 VIDEO: A Radioactive fire sweeps across one of the world’s most contaminated areas Chernobyl!

Two of the three prophecies of the Hopi tribe were fulfilled.

Share this…FacebookTwitterVKPinterestLinkedin 14 267 ViewsThe Hopi tribe had predicted the coming of Red Kachina (Nibiru aka sun’s twin) and stated that the Red Kachina would paint the sky with red colour, and we will know that the purifications will start to begin. But before that, a blue star (Blue Kachina) and a twin comet will pass […]