Many of these remarkable underground worlds remain shrouded in mystery because we have not been able to locate them yet. 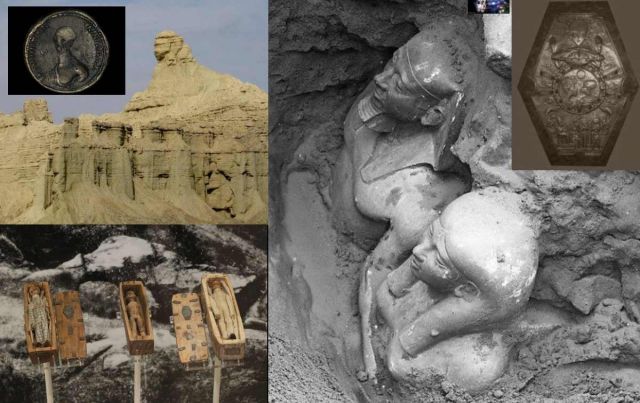 There are also fascinating very old underground tunnels, caves and cities that have been discovered, but the history behind them remains unsolved because we have no idea who built them and for what purposes.

Video: There are countless mysterious artifacts:Truth About the “Mobile Phone 800 Years Old”?

Share this…FacebookTwitterVKPinterestLinkedin 43 481 ViewsWhat Is the Truth :Truth About the “Mobile Phone 800 Years Old”?There are countless mysterious artifacts that sit at some table with the best experts trying to decipher them. From time to time we get a glimpse of some of the weirdest old objects that sometimes just seem just ridiculous to exist. […]

Share this…FacebookTwitterVKPinterestLinkedin 16 619 ViewsA series of archaeological findings made around Mount Baigong in 2002 puzzled researchers, and mystery is still remains unsolved, strongly pointing to the ancient alien theory. The findings were a series of well-arranged metallic pipe-like structures embedded in rocks around Mount Baigong, near Delingha, in Southwestern China. Share this…FacebookTwitterVKPinterestLinkedin

Share this…FacebookTwitterVKPinterestLinkedin 3 618 ViewsOf the world it is coming more and more testimonies to the mysterious sound reminiscent murmur. Over the years, hundreds of cases have been ed this phenomenon of strange that science still can not explain. Eerie sound that people describe as a murmur or humkanie. Witness is extremely unpleasant and some people […]