In November 1969, NASA prepared seismometers and then deliberately let the lunar module on the Moon surface, which caused an impact of one tonne TNT. It caused the shock waves, and NASA scientists said the moon was “ringing like a bell”.

Maurice Ewing, co-director of the seismic experiment, told this news conference: “As far as the explanation is concerned, I would rather not try to interpret at this moment. But it’s as if you hit the bell, say, in the bell tower. And then you would find that a single punch caused a vibration that lasted for 30 minutes. “

When a rocket (used to land cargo and Earth crew) hit the Moon with eleven tons of TNT, NASA scientists said the moon was “responding like a bell” and its vibration continued for 3 hours and 20 minutes, up to 40 km deep.

Ken Johnson, Head of the Data and Photo Control Department during Apollo missions, told the author of Who Created the Moon? Alan Butler, that the Moon not only bells like a bell but also “rocked and rocked” in such a precise way that it looked like it “had gigantic hydraulic silencers inside.”

NASA scientist, Dr. Gordon MacDonald, at the beginning of the 1960s, said that “the moon seemed to be rather hollow than homogeneous spheres.”

Dr. Sean Solomon of the Massachusetts Institute of Technology said the results of the experiment within the moon’s orbit significantly improved knowledge of the moon’s gravitational field and suggested “the terrifying possibility that the moon might be hollow.”

“The moon is created from within,” said Dr. D. L. Anderson, Professor of Geophysics and Director of the Seismological Laboratory of the Royal Institute of Technology.

“Is the Moon the Creation of Extraterrestrial Civilization?” An extensive article was written by Mikhail Vasin and Alexander Scherbakov, Sovetska Akademie Ved, 1970, explaining that Moon can not be a natural satellite. 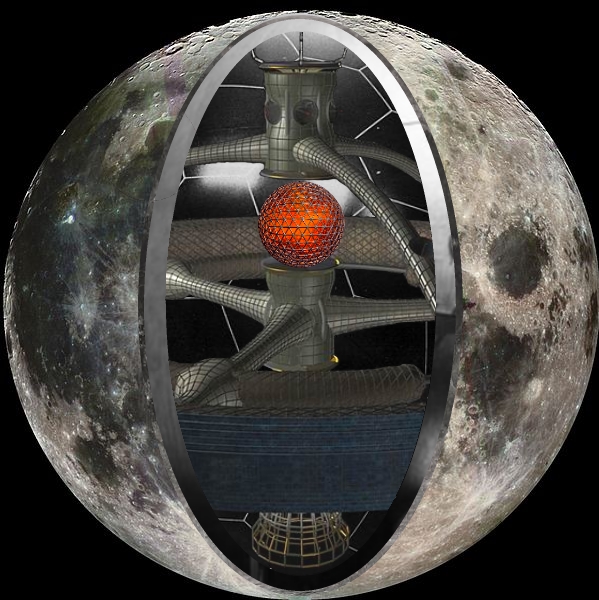 Share this…FacebookTwitterVKPinterestLinkedin 6 424 Views Corpuscular ship is constructed iin the form of light energy. Corpuscular ship. It comes from the 5. dimension. The ship can move faster than light. When the object moves faster than light, disappearing from sight. Goes into another dimension. Many people still doubt the existence of a flying saucers, but I […]

Share this…FacebookTwitterVKPinterestLinkedin 14 925 ViewsIt was explored by the German Antarctic Expedition (1938–1939) which discovered ice-free areas with warm fresh-water lakes and signs of vegetation, but Germany made no FORMAL territorial claims.       The NAZI party, however, proceeded to covertly build massive secret subterranean bases deep under the Antarctic ice (see Base-211). They continually […]