The steppe mammoth was discovered in Yakutia! – Daily Mysteries
Share this...

The steppe mammoth was discovered in Yakutia!
Scientists are delighted at the discovery of a virtually full skeleton preserved in permafrost.
It is the second major find of a steppe mammoth – the largest-ever elephant and trunked mammoth – in Russia this summer, and its tusks were each 2.5 metres in length, with the pair weighting 150 kilograms. 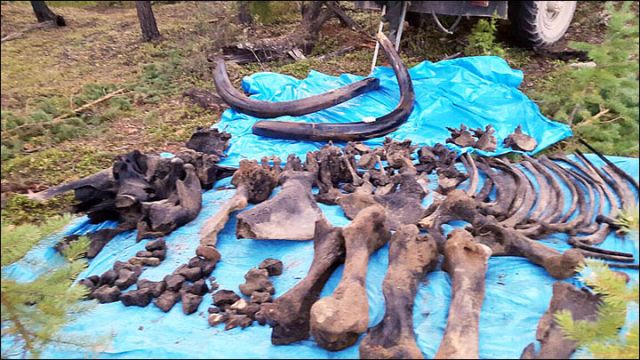 Scientists are delighted at the discovery of a virtually full skeleton preserved in permafrost; however, the ancient remains, believed to date from the Middle Pleistocene stage, do not include soft tissue. 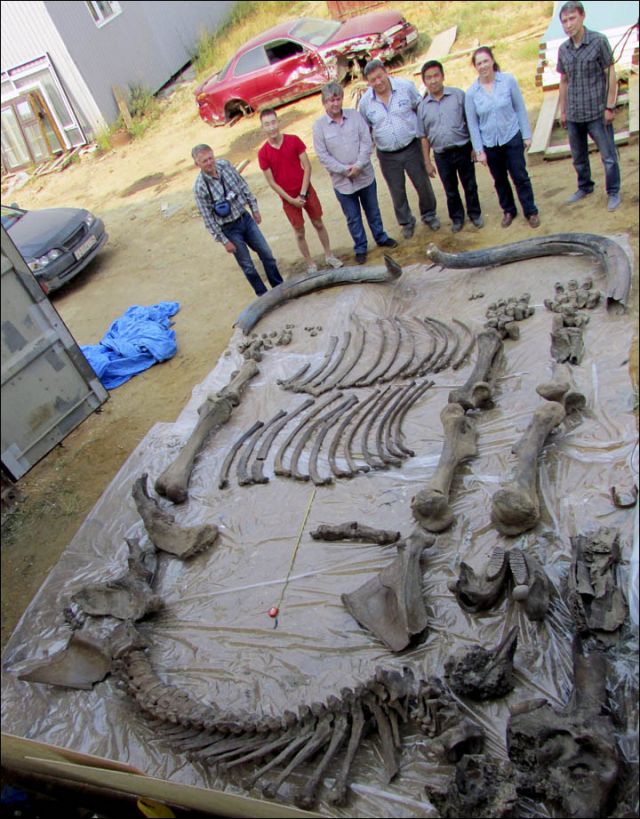 Yevgeny Maschenko, senior researcher of the Mammal Laboratory, Institute of Palaeontology, Russian Academy of Sciences, Moscow, said: ‘The skeleton was buried in an anatomical position. Almost every bone was excavated – even small bones from the lower parts of all legs were there. The only missing part was right hind leg, which we think could have been torn during the mammoth’s life time. 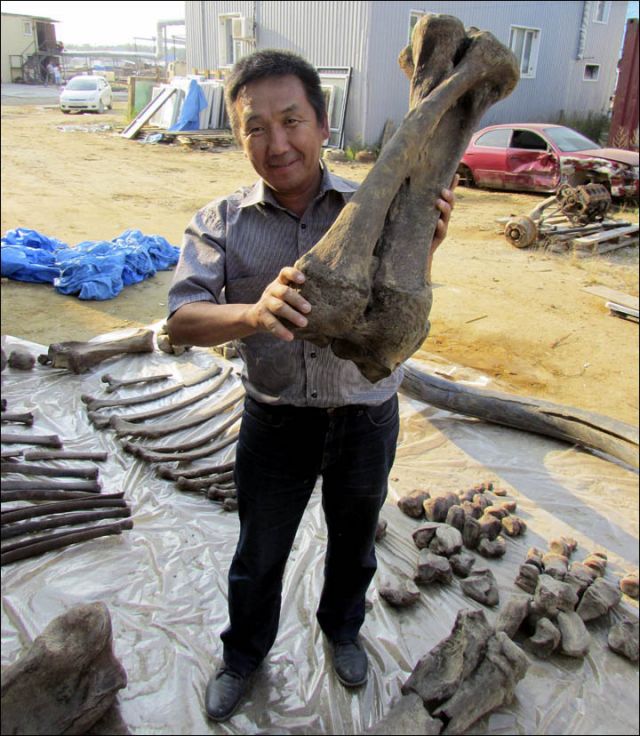 ‘Some pelvis bones were gnawed by predators. We suppose that this was a very ancient animal that lived and died more than 100,000 years ago, and that it was partly frozen from the moment of the death.’ 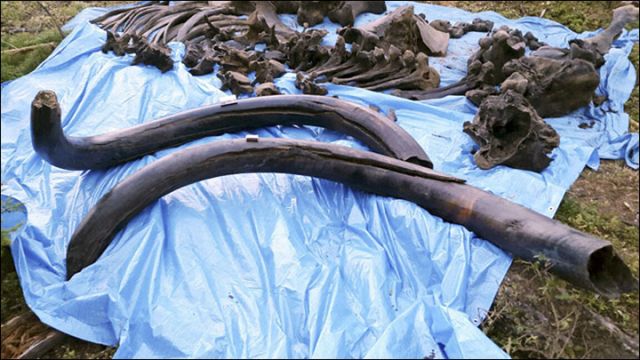 ‘It was a male steppe mammoth, aged approximately 45 years, not too big. His skeleton is slightly over three metres. The mammoth has huge tusks, each of them about 18 cm in diameter, and each weighing 75 kilograms.’ In length were originally around 2.5 metres.

The animals were shorter in length but taller in height than the woolly mammoth, the remains of which are common in this part of Siberia, known as the Sakha Republic, or Yakutia, the coldest region in the Russian Federation.

‘Scientists believe they were taller than four metres, and could weigh nearly ten tons,’ he said. ‘They were only partly-covered with hair, as the climate then was warm and dry, so there was no need to adjust to lower temperatures. We must study the site with geologists. We have taken samples of soil and rocks.

‘The skeleton was buried in an anatomical position. Almost every bone was excavated – even small bones from the lower parts of all legs were there.’
‘We also rinsed soil at the spot and found a lot of frozen seeds, plants, fruit and insects. This allows us to build a picture of what conditions this steppe mammoths lived in. It was also interesting to discover excrements of ground squirrel, deer, horse, rhinoceros and woolly mammoth right around the spot where the mammoth was found.’

Scientists will now seek to precisely date the find to see if it matches their theory that it dates to the mid-Pleistocene stage which lasted from 781,000 to 126,000 years ago.

Dr Albert Protopopov, head of the Department of Mammoth Fauna Studies, in Yakutsk, said: ‘Unlike the late Pleistocene stage, the mid-Pleistocene hasn’t been studied in such depth. There is an assumption that the climate was warm in Yakutia then. Yet the skeleton of the steppe mammoth was buried in permafrost alongside bones of animals, like a roe, which was believed to inhabit this area later. So how does this fit with the warm climate hypothesis? We are hoping to start more thorough research next year, perhaps involving a field camp.’

Scientists in Perm region this year also announced a find of a more or less full skeleton of a steppe mammoth. Around 50 bones were pulled out from a site, and the experts believe they will find the rest next summer in a new dig.

Share this…FacebookTwitterVK 20 868 ViewsThe Curiosity rover on Mars has discovered and photographed pyramid structures and “statues” hidden among the rocks of the red planet, but NASA has tried to “hide” and even in some circumstances to destroy this evidence, all according to theorists of conspiracy. Proponents of the theory of ancient astronauts – who believe […]

According to messages in the Bible, the end of the world would start before the year 2021

Scientists took pictures of DEATH. It is pale blue and looks nice.

Share this…FacebookTwitterVK 6 421 ViewsOne of the last unknown boundaries in today’s perfectly explored world is death. British biologists went after her … Death is pale blue British biologists watched what dying looks like. They watched the experimental worm. At the moment of death, individual cells will die. It triggers a chemical chain reaction that leads […]