Texas Monthly magazine recently included the Laredo UFO Crash on a list of the eight most significant UFO cases in Texas history.Interestingly, this case is said to have occurred almost exactly one year after the more famous Roswell UFO Incident. Rumors about this case first began circulating in the 1950s, although details were not widely known until 1977. 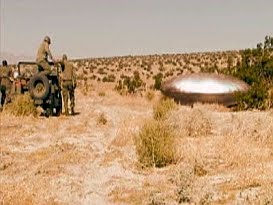 This case shares similarities with the Del Rio, Texas UFO Crash of 1955 and the Coyame UFO Incident of 1974, both of which reportedly also occurred along the Texas-Mexico border. 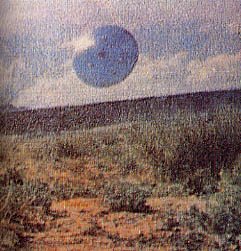 According to Texas Monthly, talk of a UFO crash near Laredo first surfaced in the 1950s[2] , with additional details being released in 1978 by the late Leonard Stringfield, one of the first UFO researchers to advocate serious investigation of reported UFO crashes. Stringfield wrote, “In the Fall of 1977, new word of a 1948 crash came to me from a well-informed military source. His information, however, was scanty.

He had heard from other ‘inside’ military sources that a metallic disc had crashed somewhere in a desert region. His only details indicated that the craft had suffered severe damage on impact and was retrieved by military units.”

In December 1978, two photographs fitting Stringfield’s description of the dead alien suddenly appeared in Maryland. The photos, along with a brief note about them, were received in the mail by Willard F. McIntyre, founder of a civilian UFO group called the Mutual Anomaly Research Center and Evaluation Network (MARCEN). The photos showed the badly burned body of a small biped with a large head and clawlike hands. The photos were purportedly sent by a retired U.S. Navy photographer from Tennessee who claimed to have taken them at a UFO crash site along the Texas-Mexico border in 1948 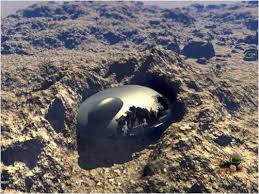 McIntyre corresponded by mail with the unnamed former Navy photographer from 1978 through 1981 and learned more details about the Laredo crash, which McIntyre later disclosed to numerous civilian UFO organizations. McIntyre claimed that MARCEN had thoroughly checked out the photographer’s military service record and had verified that he was who he claimed to be. McIntyre further claimed that the Eastman Kodak company and the UFO group Ground Saucer Watch (GSW) had both independently verified that the negatives of the photos given to McIntyre in 1978 were approximately 30 years old

The photos were first released to the media in April 1980 by Charles Wilhelm, director of the now-defunct Ohio UFO Investigators League (OUFOIL), were picked up by the Associated Press, and were published in a number of U.S. newspapers, including the Cincinnati Enquirer (on April 29, 1980) 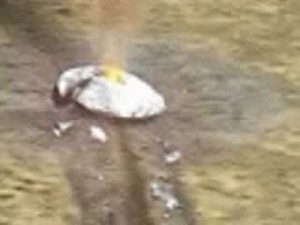 Share this…FacebookTwitterVKPinterestLinkedin 3 926 ViewsInterstellar Visitor:Scientists Have Detected An ‘Organic Shell’ That Hides Its True Shape Oumuamua is the interstellar object that passed through the Solar System back in October, but now scientists think that the object might not be what it first appears to be. The object might have an organic coat that is able […]

Video: The Magic Dragon? An interesting phenomenon in the sky. What is it?

VIDEOS: Alien technology in the hands of army!

Share this…FacebookTwitterVKPinterestLinkedin 38 650 Views  By Tom Keller, an aerospace engineer who has worked as a computer systems analyst for NASA’s Jet Propulsion Laboratory. he said: 1 : “Inside the Skunk Works (Lockheed’s secret research and development entity), we were a small, intensely cohesive group consisting of about fifty veteran engineers and designers and a hundred […]