In Russia, found in the mud tank destroyer ISU-152, this machine is one of the most famous machines of World War II. It was first deployed in 1943. Many countries have used it to 70s.

The machine found in 2003 in Ukraine, in 2012 by a group of enthusiasts decided to pull off the surprise of the machine managed to boot.
Fighter SU-152, had the nickname ” Zveroboj ” because it can destroy one intervention and tanks, such as the dreaded German tank Pz. VI-Tiger.
A little history SU-152nd

The development of this machine, was in charge of designer Josef Kotin Jakolvevič. Kotin decided that this new machine takes a proven chassis of heavy tank KV-1, in order to accelerate development time.

Work began December 31, 1942, in Chelyabinsk Kirovsk plant. SU-152 is for the most part ” conglomerate ” parts and components of various other tanks and machines, were due to the cost of production very low, and also the time for the construct was very short. 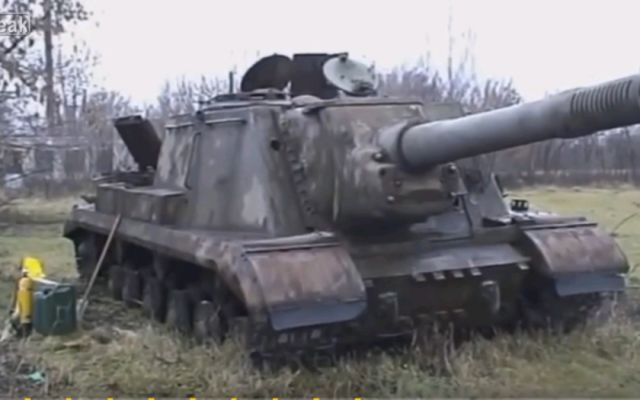 The first prototype engineers were able to construct after day 22 and 14 February 1943 have been included in the armament of the Soviet Army.
Technical specifications SU-152nd 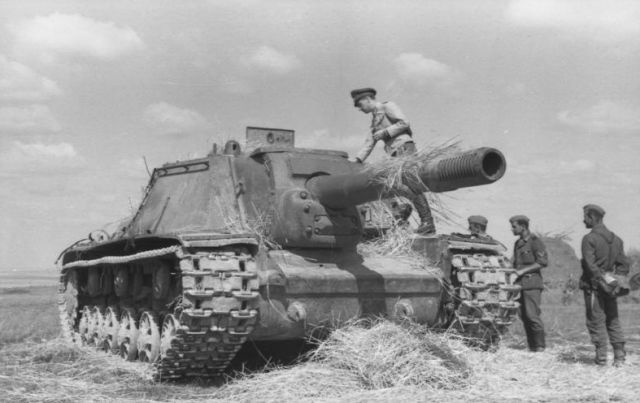 The tank destroyer, from the beginning had no gun, but later began to add DSK machine gun, caliber 12.7 mm to minimize the effectiveness of infantry against the machines.

The machine can shoot through 90 mm carapace, a distance of nearly 2,000 meters. The crew consisted of 5 men. Machine weight was nearly 46 tons.

Share this…FacebookTwitterVKPinterestLinkedin 1 890 ViewsThis amazing discovery would be incredible and historic enough just by virtue of the fact of its being that Queen Nefertiti fled with a small band of followers and escaped her husband’s fate at the hands of the corrupt Amun Priesthood. https://www.youtube.com/watch?v=fmwEwZDyXrU Share this…FacebookTwitterVKPinterestLinkedin

Share this…FacebookTwitterVKPinterestLinkedin 4 214 ViewsFor millenia, it is believed that our cosmic neighbors in the Universe have sent messages for us to decode. We have struggled to understand the symbols sent to us. But now, for the first time in history an alien message has Been received. this could be ground Breaking. Tonight we will reveal […]