Mysterious Sounds Heard Across the World: Apocalypse is coming ? – Daily Mysteries
Share this...

Mysterious Sounds Heard Across the World: Apocalypse is coming ?
Starting in the second half of 2012 and accelerating into 2018, reports have flooded in from hundreds of cities around the world regarding the strange and powerful sounds and mysterious noises emanating from unknown sources 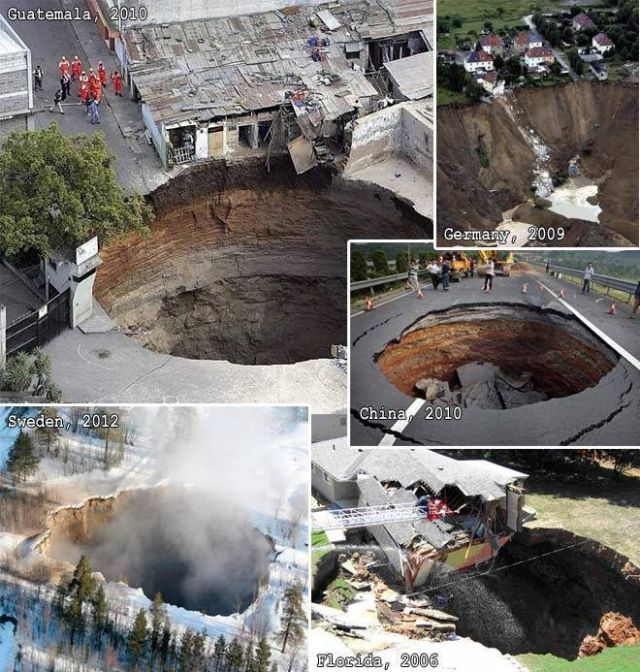 Starting in the second half of 2012 and accelerating into 2018, reports have flooded in from hundreds of cities around the world regarding the strange and powerful sounds and mysterious noises emanating from unknown sources. Varying from “midnight roars” and loud booms to industrial drones that seem to permeate the walls of the cities, these sounds have been reported by thousands of people and documented for all to hear. Perhaps the creepiest sound has been the oft-reported omnipresent trumpet horns played in eerie musical patterns.

Sounds made up, doesn’t it? But it’s actually one of the most empirically documented mysteries of the modern era. If this is the first you are hearing of it, buckle your seat belt because you’re in for a wild ride….

The Incomprehensible Scale and Frequency of the Mysterious Sounds

What’s most incredible has been the widespread nature of the sounds–they are heard simultaneously by thousands of people in completely different parts of the world in different time zones; the phenomenon’s geographic scale has encompassed up to 5 counties at once. In 2013, explosive bangs were heard in Buffalo, New York, and London, England–cities separated by three thousand miles–at the same time, with thousands of people reporting to local police. Authorities in both locations confirmed that there were no jets in the area, no seismic activity, no fracking, etc. Infact, there was no explanation. 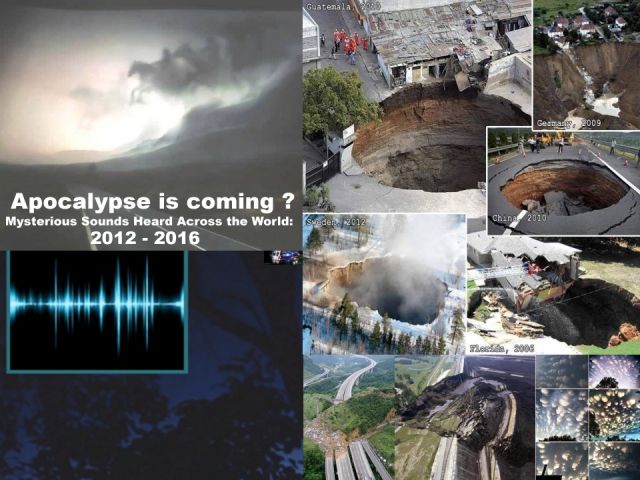 This is just the tip of the iceberg. If you YouTube ‘mysterious sounds’ you can literally consume hours upon hours of different eye witness examples. The following are the ones we find to be most disturbing–keep reading after the last video, because we will propose the mind boggling possible explanation to this mysterious phenomenon.

So, is there a rational explanation to all these mysterious sounds heard across the world?
It turns out there may be, but the ramifications of it are more horrifying than any conspiracy or paranormal answer. According to a geologist who worked for the government, “Something is going on in the inner core of the Earth.” It has to do with the magnetic poles changing and involves minerals recycling in the mantle of the Earth. The sounds are being generated in the mantle as large static discharges of energy, pushed up through the Earth’s crust, broadcasting as infrasound through the ionosphere and then bouncing back at a lower frequency that we can hear and feel as vibrations.

The whistleblower says there has been a change in speed of mantle movement, which is affecting magnetic conductivity. Government scientists evidently don’t know if it’s long term or not but could involve a weakening and strengthening of magnetic field anomalies similar to the last major pole shift. Since the Earth is about a half million years overdue for a pole shift, this explanation is more disturbing than most people can fathom.

From what we know of studying sediment from 786,000 years ago, when the magnetic field that protects us breaks down, more solar radiation inundates the surface and can could cause instability in our ecosystems for thousands of years. It may cause major species die-offs, including humans

While the trumpets and booms are probably not biblical in any kind of traditional religious sense–contrary to popular apocalyptic readings–could these sounds still be interpreted as a warning, signals from the universe itself and possibly other intelligences trying to wake up planet Earth and prepare us for the pole shift? Perhaps the 21st century will indeed be the experience of the apocalypse, but in many layers, a geophysical change that sets into motion magnetic field anomalies that go on for thousands of years.

Perhaps other intelligences know how to use magnetic field shifts and want to use the energy from that polarity. Or maybe they are trying to help us. Or maybe this explanation is bogus and terrestrial government black ops are the cause. Whichever way your mind leans, we know that something very strange is going on that is not being reported on or acknowledged by mainstream news.

What do you think? Listen to a few more of these incredible mysterious sounds and tell us: are these the vibrations of a geomagnetic pole shift, the co

Secret Files Hidden from the Public for Decades, UFO Account, Are Now Available to the Public! Part1

Share this…FacebookTwitterVK 3 627 ViewsUFO-Alienymous A global effort has begun — Secret files hidden from the public for decades, Detailing every ufo account, are now available to the public. We are about to uncover The truth behind these classified documents. Find out what the government doesn’t want you to know. Please follow and like us:20

Share this…FacebookTwitterVK 37 476 ViewsWHAT IS THE CHUPACABRA? Scientists have speculated that the creatures could be coyotes infected by parasites after one animal was discovered last July following a fatal attack on livestock. The first reported sighting was in 1995, when eight sheep were found dead in Puerto Rico with identical puncture wounds to the chest […]

Photos: Flower shaped woman. It blooms once every 20 years.

Share this…FacebookTwitterVK 14 920 ViewsThis flower was seen in Kerala. …… Narilatha in the Himalayas .. It is a most rare creation of God. A wonder of the world! Please follow and like us:20