BPEarthWatch Have Revealed That a Huge Object Which Is Not a Meteor Entered the Atmosphere of Earth on December 2nd – What Is It? UFO? – Daily Mysteries
Share this...

Watch the video shots from the days before and days after the time when object was spotted. 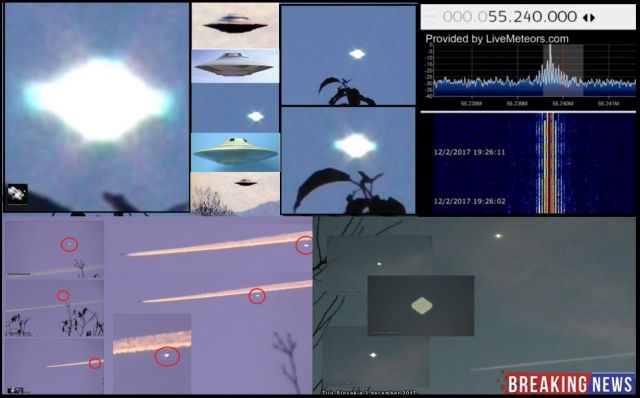 Do they have something together, those objects and sounds captured on a video with a subject?

The mysterious sound is probably related to the earthquake in the world. 2.december 2017

Today I was filming Moon and this shape I found on the surface.

It looks like a spaceship or is it only mountain or something else? What do you think It can be? I watched my old records and … Year ago when I was filming Moon this shape was not there. What is it that appeared on the Moon and how long is it there?

Share this…FacebookTwitterVK 4 674 ViewsEgyptian Archaeologist Admits That Pyramids Contain UFO Technology Actually ancient Egyptian writings very often talk of beings from the sky, the sky opening and bright lights coming down to teach them technology and give them wisdom. Many pictures and symbols resemble UFOs and aliens. POSSIBLY aliens built the Great Pyramid. And these […]

Share this…FacebookTwitterVK 23 752 ViewsAlmost all nations’ sacred books and legends speak of special beings that are not the product of evolution. We can read about them in the Bible, Jewish, Persian, Arabic, Indian, Egyptian, or Tibetan holy books. We learn from them that once on the earth were Titans or other half-human, half-animal monsters. Most […]