Astronomers have recently observed the comet ATLAS (C / 2019 Y4), which has exceeded its predicted brightness several times in recent weeks and is observable by binoculars as a hazy spot in the Great Bear constellation. As long as it maintains its clarity trend, it will be visible to the naked eye from the end of April. From mid-May, it should be one of the brightest comets we have seen in the last decades in the evening sky. There will be nothing clearer in the sky except the Moon.

The comet was discovered on December 28, 2019 by the ATLAS (Asteroid Terrestrial-Impact Last Alert System) search system which is located on the Hawaiian islands of Haleakala and Maunaloa. At that time, its brightness was around 19.6 magnitude, the threshold of sensitivity of large astronomical instruments. At the end of January, however, the astronomers were surprised by the brightening. Brightness is increasing every month and at present, its brightness is around 8.5 magnitude. Thanks to its location, it reaches its latitudes high above the horizon in our latitudes and, moreover, it does not descent under the horizon. At the end of March Comet entered the constellation Giraffe, where it will remain until mid-May and its brightness will gradually increase. It will be most interesting in the first half of May, when we find it low above the northwest of the constellation Perseus. At that time, her visibility will radically deteriorate and will be visible practically only at dusk. In estimated orbit, Comet ATLAS last visited the solar system sometime at the end of the 4th millennium BC and will not reappear until the end of the 76th century AD. Dr. Kosmanova explained that in addition to this comet, we can observe two comets of the eighth stellar size in the spring sky.

The most interesting fact about the circumstances of the comet’s discovery is that the comet last appeared at the end of the 4th millennium BC.

According to calculations based on biblical data, theologians and scientists have managed to date the creation of Adam and Eve to the 4th millennium BC. Could the comet symbolize the beginning of a new age – The Age of Man?

Reference to the comet can also be found in the New Testament. In the Gospel of St. Matthew 2nd chapter we read about the wise men from the east who followed a star which should led them to the place where Jewish King has born. This comet was a concomitant phenomenon at the birth of the Messiah – Jesus Christ.

(The Adoration of the Magi by Bartolomé Esteban Murillo)

The birth of the Savior Jesus Christ can be considered as another historical landmark respectively as a breakthrough from the Old Testament to the New Testament – when a comet was also present. We can all now observe a Comet ATLAS with our own eyes. Is this an insignificant coincidence or is this Comet a harbinger of the presence of the Millennial Kingdom and the end of this age?

Biblical Signs about the End of Time (few of them)

The Psalm is describing the battle of Armageddon: The rage of nations; God laughs; the exaltation of Christ as a Lord.

The prophecy of the return of Jews from all over the world to the land of Israel to reestablish the nation of Israel. (Recall the events of 1948.)

Olivet Discourse. Jesus answers the Disciples’ questions about the end times and also he told them about the destruction of Israel. Also Jesus spoke about way how to behave at this day. (Similar recommendations can be found in 1 Peter 4:7-11)

Paul the Apostle wrote about the rapture of Jesus’s saints to the heaven.

The Book of Revelation

Humphreys, C. J. wrote an article in Quarterly Journal of the Royal Astronomical Society about the The Star of Bethlehem a Comet in 5-BC and the Date of the Birth of Christ. In this article autor discussed about three astronomical evets which probably stimulated the journey of the wise men from the east. These events were:

Today we are a witnesses a conijunction between Jupiter, Saturn, Mars, and the Moon which can be observed in mid-April. The three planets won’t appear close together in the sky again for many years. The planets will be  in interresting formation – they create almost a straight line with the moon itself. 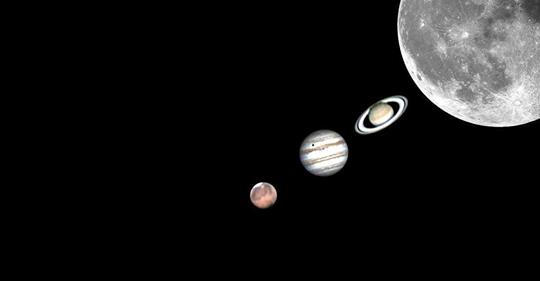 PHOTO-VIDEO: Skeleton Alien, Discovered in the near the Russian town of Nazran in the Caucasus Mountains.

Share this…FacebookTwitterVKPinterestLinkedin 2 667 ViewsDeformed skulls UFO enthusiasts are convinced that one is the skeleton of an alien being. Archaeologists from the Institute of Caucasus Archaeology have uncovered a strange-looking skeleton of a believed to have lived near the Russian town of Nazran in the Caucasus Mountains between the 4th and 6th centuries. Her skull looks […]

Share this…FacebookTwitterVKPinterestLinkedin 13 888 ViewsDuring World War II, flying plates were developed. This fact is really incredible, although research has probably never achieved the desired results. The documentary investigates the rumors of a Top-secret Nazi base in the Antarctica codenamed ‘Base 211’, the possible truth behind the 1947 UFO attack on Admiral Byrd’s ‘Operation Highjump’expedition, along […]