This is a great intellectual, scientific work of people who lived thousands of years before Christ. The Bulgarian calendar is more accurate than the Gregorian calendar and only a few seconds apart from the astronomical calendar.

When Bulgaria was Great Bulgaria, everyone was guided by our calendar because we had the economic, political, power influence on the nations and we transferred our intellectual power and culture.
The Ancient Bulgarian calendar is the most perfect in the world. This is officially recognized by UNESCO. The latest research shows that the beginning of the calendar was in 5505 BC. With its 12-year cycle, the Bulgarian calendar is the origin of the Chinese.

In 1976, UNESCO declared the ancient Bulgarian calendar the most accurate in the world. UNESCO scientists were struck by the genius solution of the mathematical task with the number 365. Moreover, the ancient Bulgarian chronology provided the same simple rule for the 366th day, which eventually “turned the car” even to the most pretentious calendars.
Prof. Vassil Zlatarski and Dimitar Sassalov-II have been involved in the study of the old Bulgarian calendar, and more recently, the historian Petar Dobrev, Assoc. Prof. Vassil Uhllenski, Institute of Astronomy BAS, Yordan Valchev, Boris Rogev, Prof. Mosko Moskov, Ventseslav Bachvarov, Ivan Bogdanov and Petar Petrov. For him, the astronomer acad. Nikola Bonev and even Academician D. Mishev wrote about it. 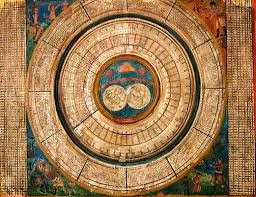 The Old Bulgarian calendar is sunny. The year began in the shortest day (the winter solstice, about 21 December). That day did not participate in any month, it is not included in any week. It was a stand-alone calendar unit – zero day, Eni-Alem. Now it’s called Enin Day or Edinburgh. The remaining 364 days of the regular (non-fatal) year were allocated in four equal quarters (seasons) for 91 days or 13 weeks. This allowed the year, as well as every season, to begin always on Sunday – the first day of the Proto-Bulgarian week. 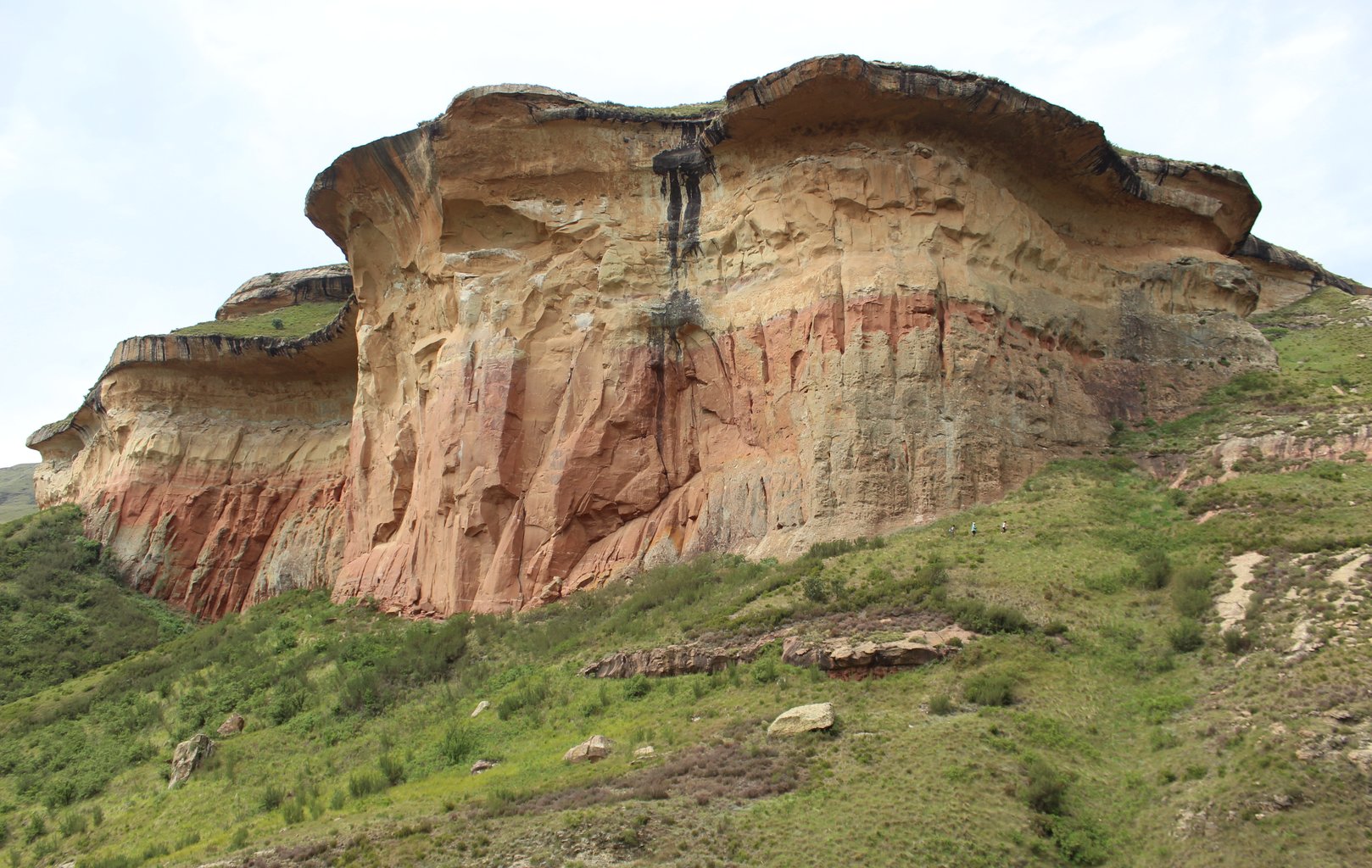 The first month of each season is 31 days, the other two at 30. Every fourth year (excluding some adjustments that will be discussed later) is lengthened – 366 days. It differs from the ordinary only in that after the sixth month it contains a second zero day (Eni-Gittem). As in the Chinese calendar, the years are grouped into twelve- and sixty-year cycles. Every year in the twelve year cycle that is related to Jupiter’s tour of the Sun (11.86 years) and is named after some animal. According to Valchev, however, unlike the Chinese calendar, the first year in the cycle is not a mouse but a pig: 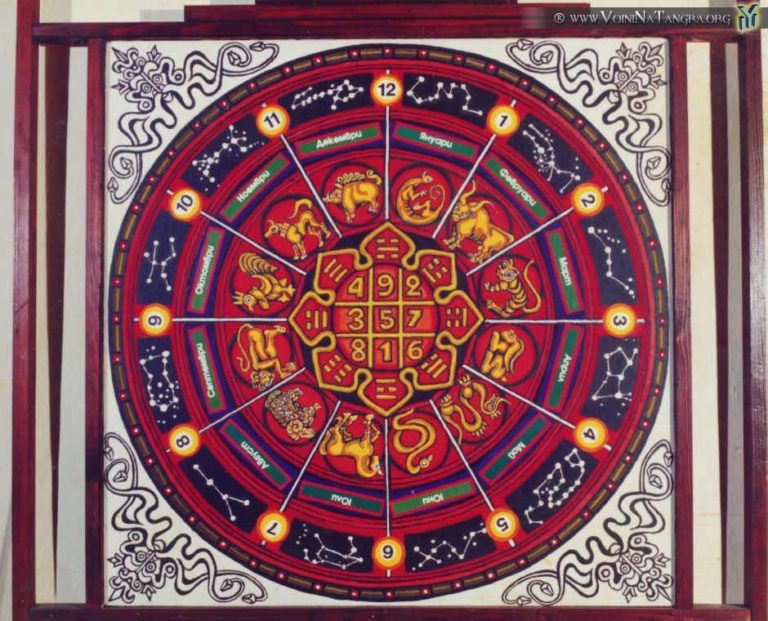 The sixty-year cycle Valchev called a star day. He assumes that at the end of every second stellar day, that is, every 120 years, he has dropped out on a leapy day. (Such a correction is also made in the Gregorian calendar, where a leapfrog goes down roughly every 133 years). In this case, the duration of the Proto-Bulgarian year was 365,241667 average sunny days. The duration of the tropical (solar) year – (time between spring equinoxes) is 365,2422. One-day error has accumulated for about 1800 years, or thirty 60-year cycles. Probably, this error has also been corrected by dropping off a high day. 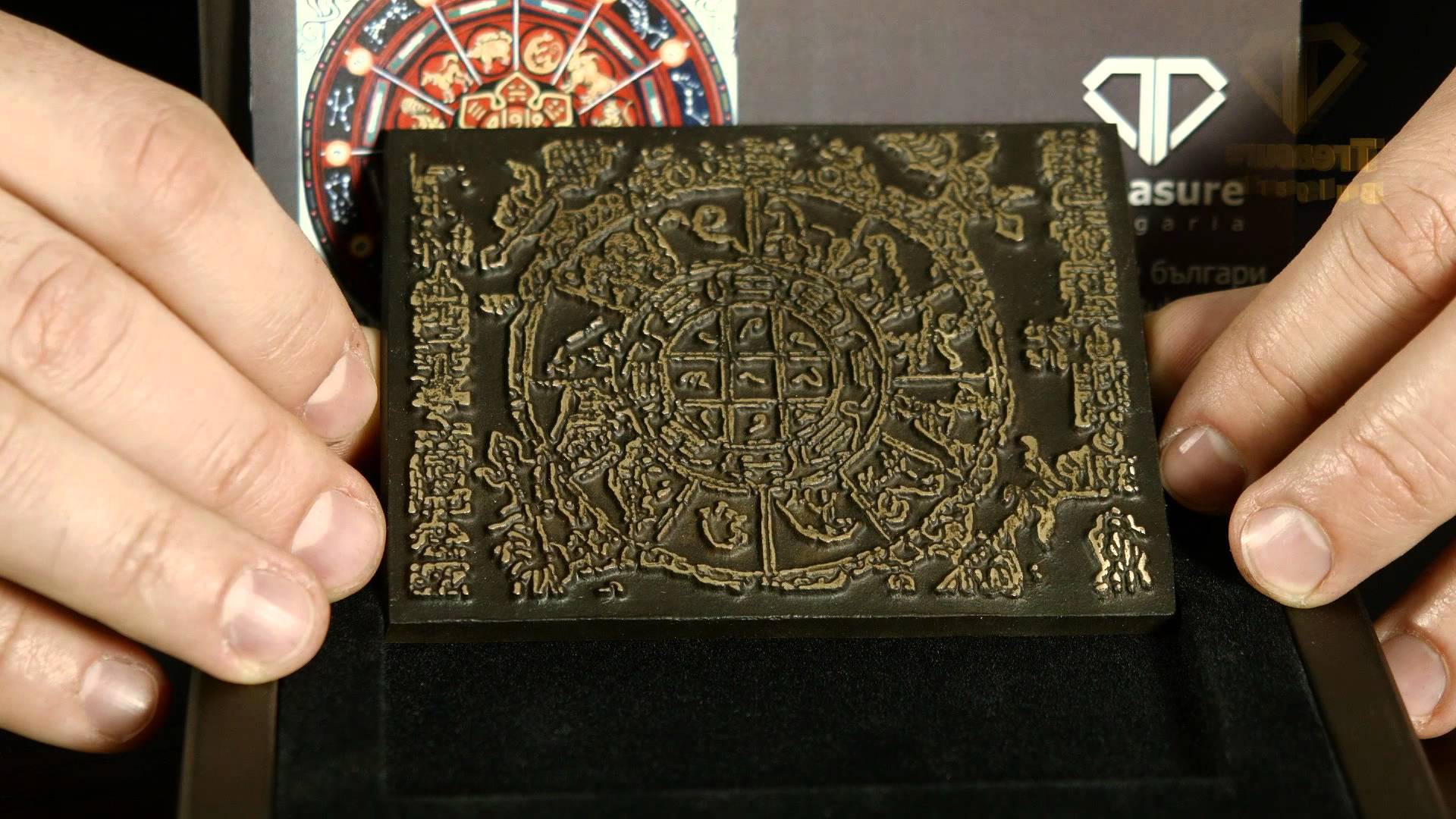 The reconstruction of Petar Dobrev is very much the same as that of Valchev. And here the calendar is sunny, and the year starts with a zero day – Eninak (the shortest day of the year). According to Dobrev, however, there is no 60-year cycle, and 12-year cycles begin in the Chinese calendar – with a mouse. Each animal in the cycle was responsible for a zodiacal constellation – a heavenly leader of the year.
Apart from the Byzantine chronology, an era was used in our lands, which was called “Bulgarian” (I. Klimashin, Calendar and Chronology, Science, Moscow, 1981). The beginning of the Bulgarian chronology is 5504 BC and the Byzantine chronological period is 1 September 5509 BC (Acad. Nikola Bonev). This era leads to deep antiquity. 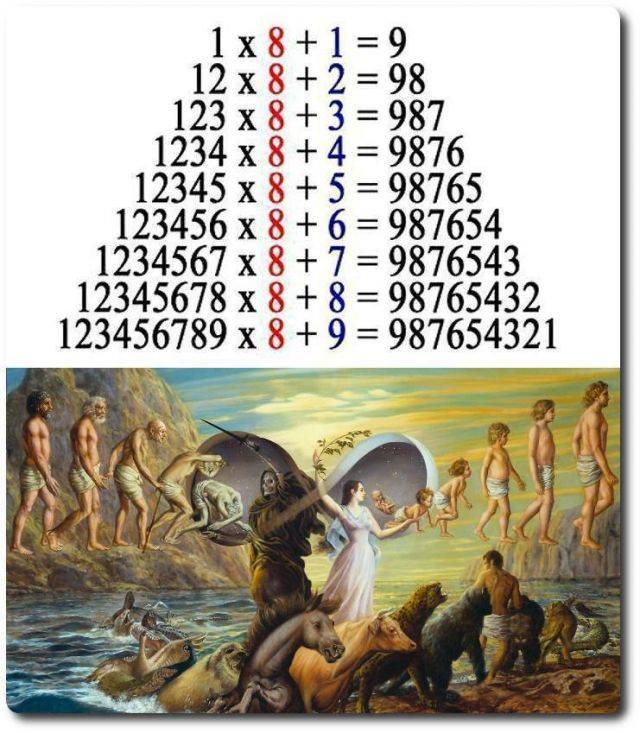 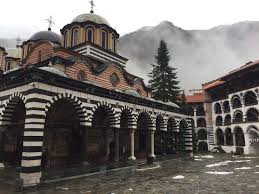 Start of the calendar:
1. The beginning of the ancient Bulgarian calendar 5504 BC. (Ulemenski, 2002).
2. Dating the Black Sea Flood 5 560 ± 50 BC (Jones & Gagnon, 1994) calibrated radiocarbon dating with a tandem accelerator
3. Dating the unprecedented precipitation 5500-5600 BC. (Shopov et al.) Calibrated radiocarbon dating with a tandem accelerator
The Creation of the World 5500 BC “Chronograph”. Sext Julius African (221)
It is noteworthy that the term “FROM THE WORLD OF WORLD” has an initial date that coincides with the end of the geological catastrophe in the Black Sea dated by Dimitrov P. (1982) and Ryan, et al. (1997) by radiocarbon dating and by catastrophic rainfall in the region recorded and dated by Shopov et al. Taking into account our evidence of written signs, we can claim that the transfer and registration of this ancient knowledge are the ancient Bulgarians.
Shopov et al. (2004, 2007, 2009a, b, 2012), Prof. Petko Dimitrov and their American counterparts Rayan and Pitman, assume that the existing civilization in this region has been resolved. This coincided with the studies of identical signs written by Bono Shkodrov in different regions of the post-Hellenic era. Comparing the Old Bulgarians’ written signs with those of the ancient civilizations of the third millennium BC, he came to the conclusion that the number of identical signs was very large. 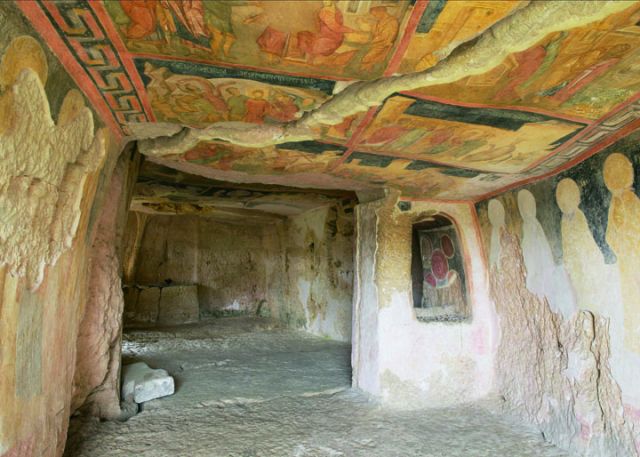 Conclusion Accumulated research results are increasingly convincing that our ancestors were one of the inhabitants of the Black Sea region before the geological disaster, Flood in the Black Sea (5500-5600 BC according to Shopov et al., 2004, 2007, 2009a, b, 2012)). They are one of the ancient carriers and guardians of the system of written signs and calendars. This study was presented at a seminar at the Sofia University “St. Kl. Ohridski “on April 17, 2013: Source: Assoc. Prof. Y. Y. Shopov, PhD (2012) The calendar of the ancient Bulgarians and their significance for the Bulgarian history.- Bulletin of the Institute of Ancient Civilizations, issue 3, 8.05. 2013 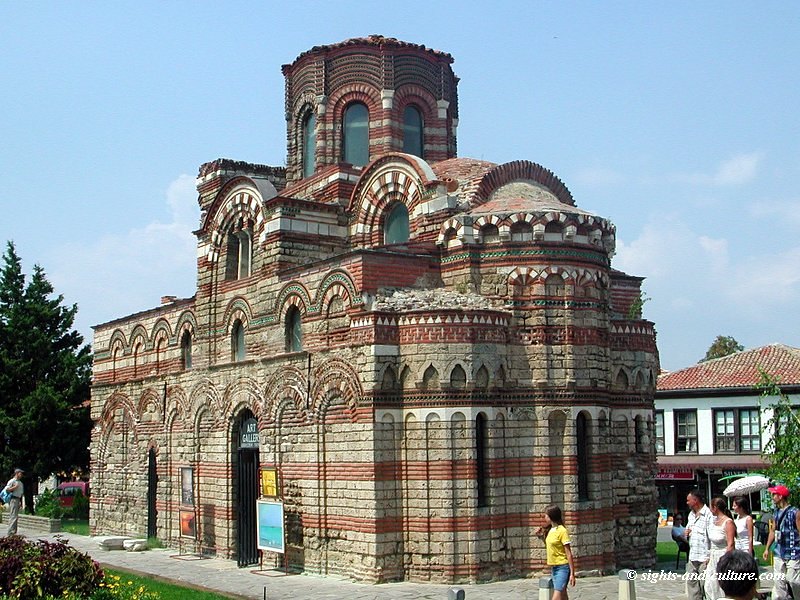 Let us remember the words of Paisii Hilendarski: “Oh, foolish jordan! Because you are miserable to call yourself Bolgarin … Or did not have a Bolgar kingdom and your mastery You, Bolgarino, do not overcome, know your own kind and grief … ” 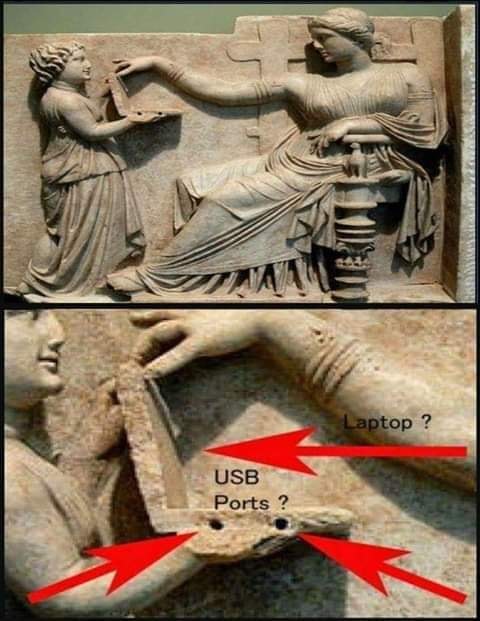 In Romania, They Have Discovered the Giant Skeletons!

Share this…FacebookTwitterVKPinterestLinkedin 88 186 ViewsBUCHAREST – According to ancient legends, a great race of people who built gigantic buildings like pyramids and great divine temples once walked on Earth. Their existence also tells the story of David and Goliath, or countless fairy tales. The mystery is why these people died. The unusually large remains, allegedly found […]