By Ancient Code
In 1555 in France, Nostradamus began to write a series of mysterious verses, full of strange ideas. Now it is claimed that these were astonishing predictions of future events on Earth.

Predicting cataclysms and disasters hundreds of years before they happened, it is claimed that Nostradamus predicted the entire world history since his death up to now, and well beyond.

According to many, he was nothing more than an intelligent con man who took advantage of the credulous, while others hail him as the greatest prophet to ever live on Earth. 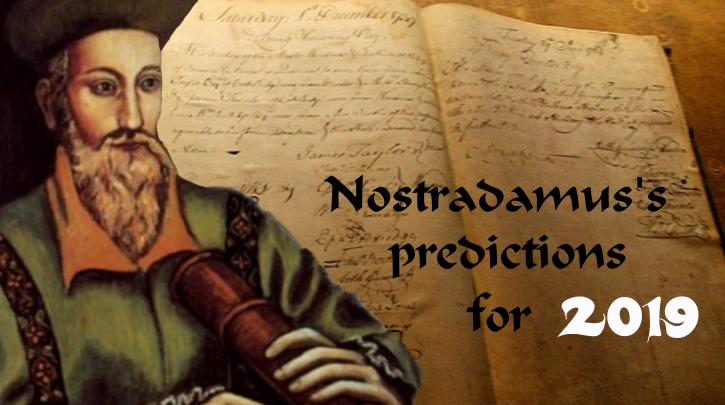 Michel de Nôtre-Dame, popularly known just as “Nostradamus” was an ordinary man who lived in France. He was a physician and astrologer who lived during the sixteenth century.

However, there are things that made him different from anyone else. He had the ability ‘to see the future.’
Nostradamus would stare into a bowl filled with water and while observing the liquid, he would “receive” visions of the future. This is how he foresaw many future events that were proven to be accurate. 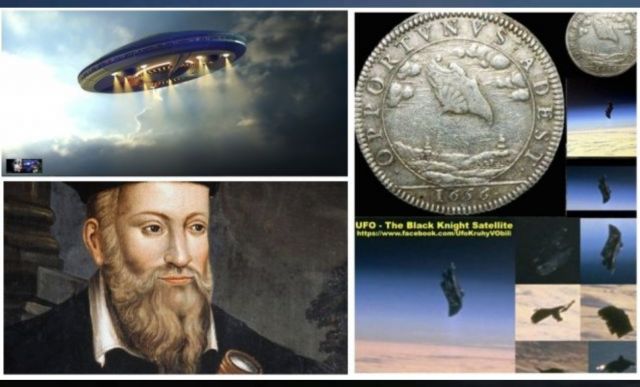 Nostradamus has been credited with predicting everything from the Great Chicago Fire of 1871 and the rise of Hitler in the 1930’s. He also predicted Sept. 11, 2001, when he wrote: Earthshaking fire from the center of the Earth Will cause tremors around the New City. Two great rocks will war for a long time; Then Arethusa will redden a new river.

The man is also credited for predicting the Moon Landing, the assassination of J.F.K., and the nuclear bomb.
Nostradamus lived in an extremely difficult era during which seeing into the future was considered witchcraft.
So, to hide his “skill” or ability to see into the future, he masked his visions in quatrains—four-line prose poems, in which he hid the future intricately so that you wouldn’t really understand the quatrain until after the event had occurred.

But what does Nostradamus say about 2019?

According to these reports, Nostradamus saw terrible events happening in 2019 (Although similar things were said about 2017).
The French prophet allegedly said how the dead will rise from the graves, and Earth will face changes between nations.

Several natural disasters will shake the world like never before.

The most terrifying predictions can be found in his book Les Propheties in a quatrain that allegedly describes the coming of the third world war. Nostradamus wrote how a “Big war” would start: “the big war will start in France and all Europe will be attacked, it will be long and terrifying for everyone…and then finally there will be peace but only a few will enjoy it”.

He wrote: “A war will start between the two great world powers and it will last for a period of 27 years. A moment of great violence will coincide with the appearance of a comet in the sky. A nuclear terrorism and natural catastrophes will destroy our planet until a giant planet shall approach the earth.”

However, he also seemed to predict natural disaster across the United States. According to Nostradamus, an earthquake shall concern “particularly the western area of the United States. Its power shall be felt in lands throughout the globe.”

The French prophet foresaw great catastrophes that would occur allegedly due to “Global Warming,” not that he knew what that was hundreds of years ago, but Nostradamus wrote how “the King will rob the forests” (uncontrolled deforestation?) and that “the sky will open and the fields will burn up from the heat.”

And while many consider the predictions made by Nostradamus as coincidental or the result of misinterpretations or bad translations, millions of people around the globe firmly believe Nostradamus was one of the greatest and most accurate prophets in history.

Nostradamus is quoted as saying mankind would discover a machine in space in 2017-2019!

In 1899: Tesla developed a high-voltage, radio transmission equipment in Colorado Springs. Tesla announced that he was receiving a electrical signal which appears to intelligent. The signal was clearly repeated periodically with such a clear suggestion of number and order. This lead him to believe that the signal was extraterrestrial communication with aliens. At first he assumed they were originating from Mars. Later he changed that opinion and stated in one of his new conferences that the signal was coming from somewhere else in space.

Does not surprise me that Tesla knew of communications from extra-terrestrials, and many thought him to be a lunatic. When in fact he invented many things the government has kept from the public.

Then in March of 1960, another mysterious satellite was discovered orbiting earth. This mystery satellite was in polar orbit feat that neither the US nor Russian were capable of at that time. The soviet satellites were inclined at 65 degree angle with the equator.

THE OBJECT,’ JUDSON SAID, ‘DOESN’T EVEN HAVE THE DECENCY TO MAINTAIN A REGULAR SCHEDULE,LIKE ANY OTHER HEAVENLY OR MAN MADE OBJECT HE’S EVER SEEN.’ ‘WE DON’T KNOW WHEN TO WATCH FOR IT.’ he says.” It appears some nights, and some nights it doesn’t.
It was then photographed by the Grumman Aircraft Corporation.

Is it possible that this is the same signal and object that both Tesla and Macroni intercepted?
In 1987 Shuttle Endeavour Mission STS-088 photographed a mysteries object orbiting the Earth. There are 5 photos of the object on the NASA web site. It clearly shows a large orbit circling the Earth. Is it possible that NASA inadvertently photographed the Black Knight satellite? Could this be the same object Gordon Cooper spotted over Australia while on its 22 orbit on board Faith 7?

According to the source,in 2019, this probe/UFO will makes its path back into Earth’s orbit. Orbiting every 15-20 years. Also it took a corrective course to avoid collision with another asteroid.

Share this…FacebookTwitterVKPinterestLinkedin 5 658 ViewsRussian Secret Book. Over the years, the book has been replenished, were added to the UFO photographs, as well as photographs and witnesses abducted (especially children), but also statistics. And much more! In the 80s he was found a copy of this book in the field in Buryatia (East Siberia). This copy […]

Photo and Video :Bizarre video shows the carp, with a resemblance to a man’s face, nose, mouth, and eyes, not to be dismissed.

Share this…FacebookTwitterVKPinterestLinkedin 27 821 ViewsA visitor to a village in southern China was speechless after discovering a fish that seemed to have a human face. The bizarre video shows the carp, with a resemblance to a man’s face, nose, mouth, and eyes, not to be dismissed. The extraordinary animal was discovered by a visitor to Miao […]