The case of San José de Cupertino is, without a doubt, the first of all due to the conspicuous nature of this manifestation.-
Catholicism considers levitation to be a non-ordinary phenomenon that consists of a body rising over the earth, maintaining itself in the air without natural support. 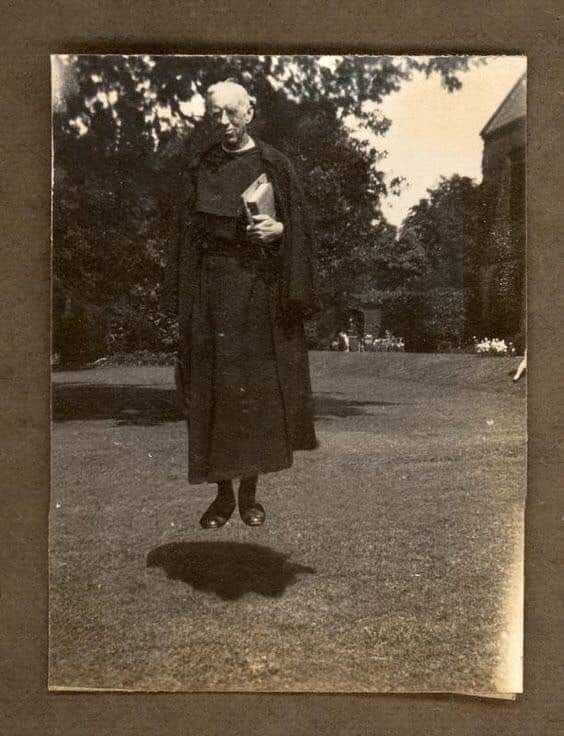 The original photo is displayed in a memorial in honor of Fr. Giovanni Sala. 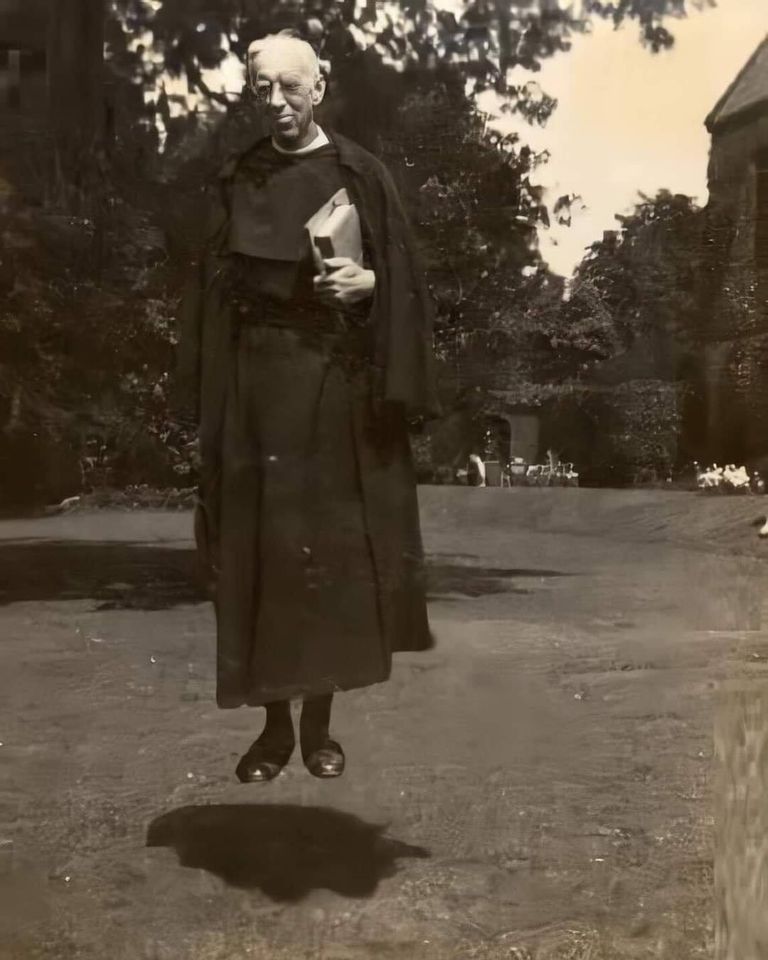 The case of San José de Cupertino is, without a doubt, the first of all due to the conspicuous nature of this manifestation.
The Church explained this phenomenon as an advance of the gift of agility proper to glorious bodies. As a rule, mystical levitation is verified while the patient is in ecstasy and, if the body rises a little, it is called ascension ecstasy; if it rises high, it is called an ecstatic flight; and if you start walking fast off the ground, but without touching it, it’s called ecstatic walking

The Priest in the photo is a Jesuit Father named Fr. Giovanni Sala, the photo is real. Until his death, Fr. Giovanni Sala, SJ, was a student of Bernard Lonergan, a translator of Lonergan’s work into Italian and German, and a world-class Kant scholar. His writings below have been translated into English with support from members of the Lonergan Institute for the ‘Good Under Construction’ in Washington, DC.

Videos: Madness After A “Humanoid-Like” Object Seen In The Sky! In Russia And Switzerland. 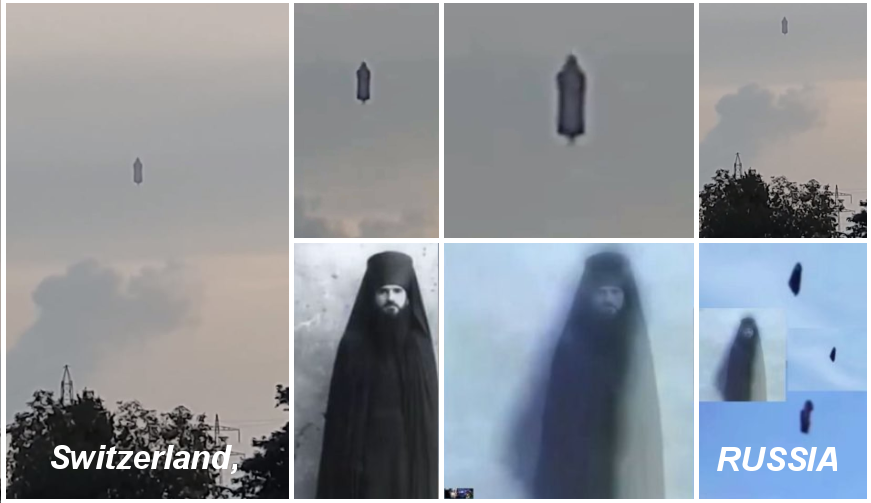 Share this…FacebookTwitterVKPinterestLinkedin 13 239 ViewsProof, that the earth was inhabited by GIANTS -giant footprints! Biblical references to giants: Genesis 6:4 – ‘There were giants in the earth in those days; and also after that, when the sons of God came in unto the daughters of men, and they bare children to them, the same became mighty […]

Video: Mysterious Object Appears on an Australian Beach and Nobody Knows Whas tis it.

Share this…FacebookTwitterVKPinterestLinkedin 26 316 ViewsThe mysterious object seemed to be embedded in the sand underwater. It was large, about 1.2 meters wide, mostly of metal, with radial pieces and too heavy for sea currents to have moved. The circular metal object was removed from the waters by an excavator in September, and was much larger than […]

Share this…FacebookTwitterVKPinterestLinkedin 7 965 ViewsThe production of human clones was acquired in 1977 according to the alien technology (Markabian-Sirians) at the University of Utah (Salt Lake City) research laboratories. The world learned about it the same year when American television and television scientists and camera attendees the original man and his clone were shown. The session […]